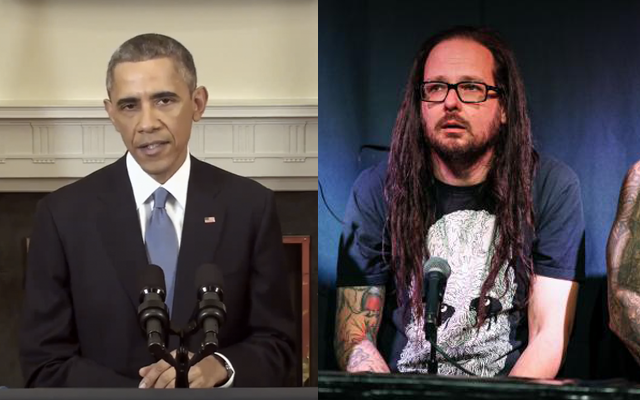 It blows my mind that there’s people out there who go through hours of footage just to put these masterpieces together — for example that video of David Hasselhoff singing the ‘Fresh Prince’ theme tune last year.

Well, the Internet’s done it again — this time with Barack Obama singing Korn’s ‘Freak On A Leash’.

I don’t know what Barack Obama was referring to when he said he’s not the lead singer of Korn, but I guess that was the inspiration behind this whole thing. I’m not even sure if the younger generation know who Korn is? But that’s what’s amazing about the internet, we now have a classic Korn song being sung via a genius edit of Barack Obama speeches. Someone actually took the time to do that.

And you know what? It was kind of worth it because this thing has 250,000+ views already.

Still have to drop the original one time. One of the greatest music videos ever:

At least the President can laugh this one off, unlike those reports that he and Harry Styles are gay lovers.