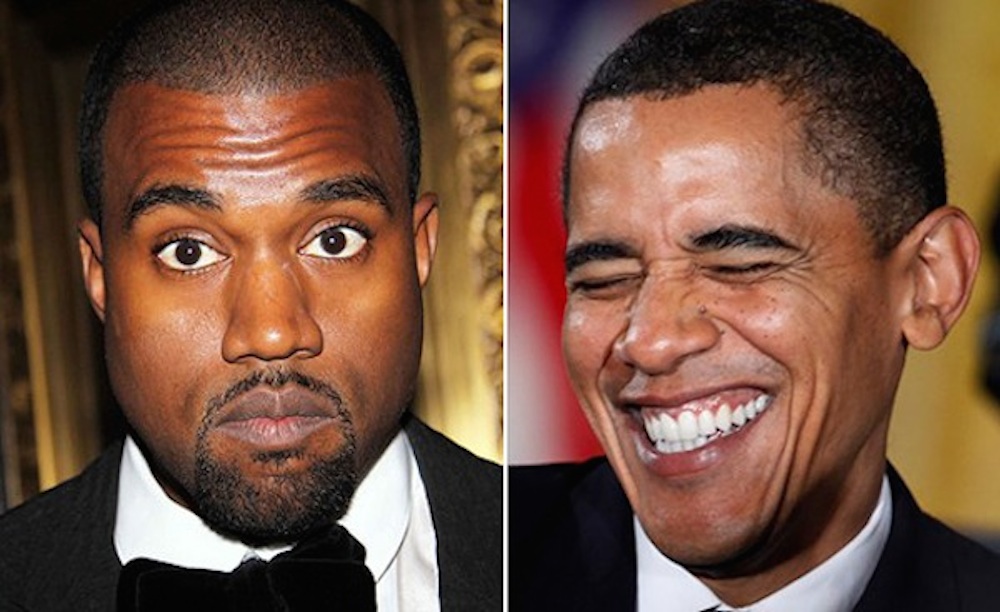 You might as well listen to the man at the top.

As you’ve probably heard recently, Kanye West is intending to run for President in 2020. Quite how he intends to do this is unknown at this point, but he got some words of advice from the current incumbent Barack Obama during a speech he made at the Democratic National Convention in San Francisco on Saturday, at which Yeezus was also scheduled to perform.

Obama made a few jokes and came up with a great name for Kanye if he actually did make it to the Presidency – Peezus (yeah OK not really that great or original) – as well as offering him some actual advice on a Presidential run, the best of which was that he would have to deal with a lot of people who act like they’re in a reality television show. We’re assuming he means Donald Trump here, but either way given his wife, we’re sure Kanye will be able to navigate these obstacles fairly easily if he even does decide to go through with this Presidential bid come 2019.

The best part of the whole thing is definitely right at the end when he says that the whole idea of Kanye running for President is definitely a bit ‘Cray’, which is Obama in a nutshell really. Obama stopped short of actually endorsing West though – just limiting it to this advice/jokes – and that’s hardly surprising, given that he’s called him an asshole twice in public previously.

Will Peezy have a chance come 2020 though? Even if he doesn’t, we’ll at least know it’ll probably be the dumbest and most entertaining presidential race in history if he’s involved, especially if Donald Trump decides to run again. If you need any more evidence as to why Donald Trump is like a reality TV character, then check out the video below: