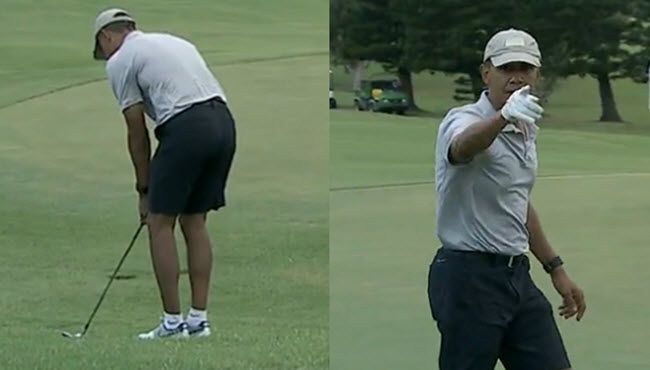 Bet David Cameron couldn’t do this.

Like most Presidents who came before him, Barack Obama enjoys playing golf. In fact according to CNN he played 247 rounds in January 2015 alone.

The other day he was playing at the Mid Pacific Country Club in Hawaii, and nailed a solid 40-foot chip.

Obama did a golf https://t.co/1pLoGcwufd

Wow, have you even seen a sicker shot than that? Erm yeah, about a thousand times. Still pretty impressive from Barack Obama though, especially with all those people around. Usually you’ll do something spectacular when no one’s around and you’ve got no evidence to show that you’ve done it, but Obama took that shot like no one was even watching. Chillest President of all time? Damn straight.

Let’s see him nail the greatest mini golf hole-in-one of all time though – then we’ll talk.