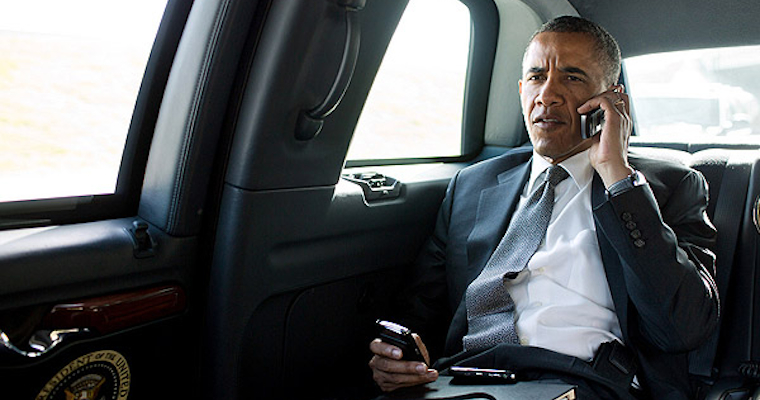 Everyone knows Barack Obama is one fly mofo but did you see the car he rocked up to his inauguration? It takes the phrase SWAG to a whole new level.

It has been well known and well publicised for some time that Barack Obama is a complete baller and a stone cold G and it seems kinda stupid now that everyone was genuinely concerned that Mitt Romney might actually get into the White House back in November. Of course he wasn’t – Barack Obama is way too dope to let that happen.

If you’ve been following other news this week (Sick Chirpse hasn’t really been covering it) then you’ll probably know that it was Obama’s official inauguration as President on Monday and a bunch of stuff happened like Beyonce miming the National Anthem (outrageous) and Lupe Fiasco getting thrown off stage for dissing Obama in a song (actually outrageous as opposed to outrageous stupidity regarding the Beyonce incident) blah blah blah whatever. I don’t think anyone over here really cares that much about what happened at his inauguration so that’s why we didn’t really pick up on it at the time.

But people are always interested in Barack Obama and how SWAG the dude is so I thought people would definitely be into how cool the car he drove to his inauguration was. Actually, he probably had a driver but he definitely rode in it and it looks like one of the dopest cars in history. It’s called a Platinum (Yes, PLATINUM) Cadillac CTS Coupe and I’m guessing it was specially designed for the Presidential Inauguration. I figured that out because I looked at the number plate and it says ‘Obama, Presidential Inauguration.

But yeah just look at it. Who the hell rolls up in a Platinum Cadillac huh? I don’t think even Jay Z or P Diddy could do that which just goes to show Barack Obama is still one of  the most brap guys on the planet. Maybe the fact that it has a kinda tacky picture of Obama on one side with the almost cliched phrase ‘FORWARD’ alongside it slightly lessens its cool ratio but I mean the fact that you can see your own reflection in it kinda negates that right? Stretch limos are so 00’s, am I right Barack?

â˜› If You Don’t Believe Us Read This: Proof That Barack Obama Is Swag

Check out the pictures below. SWAG. 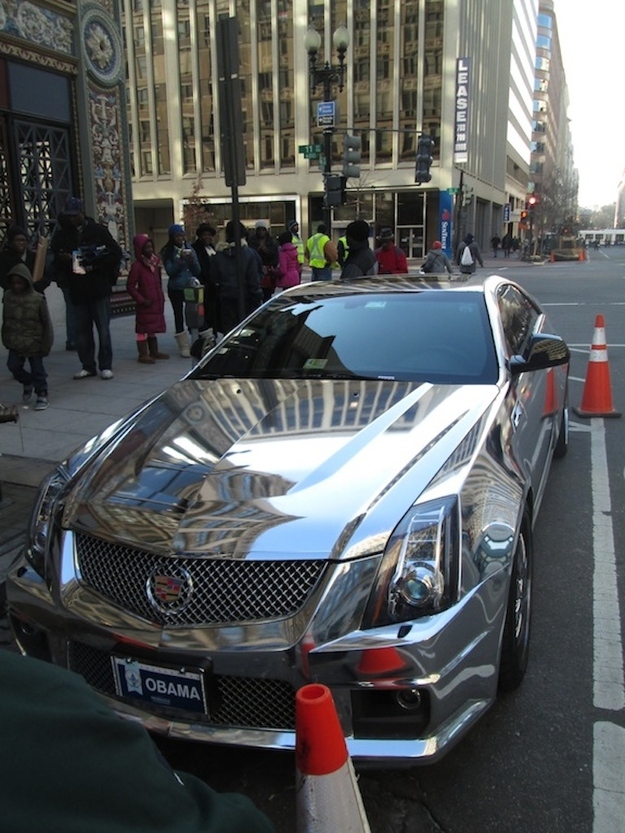 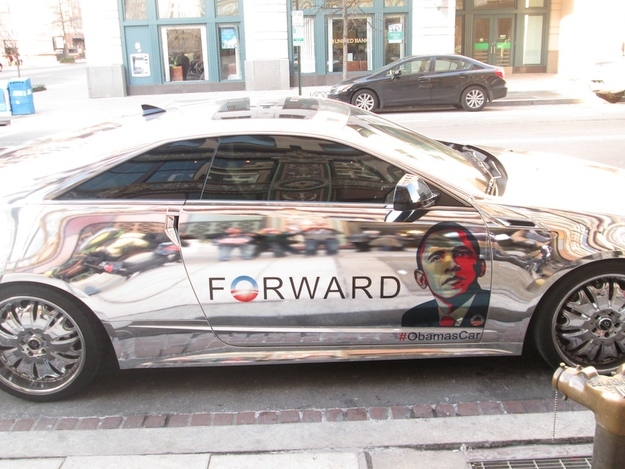