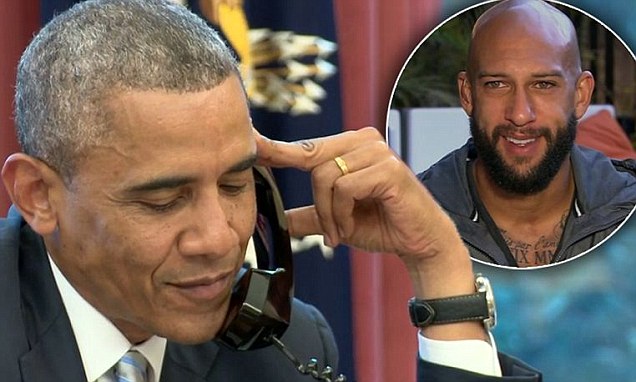 When the President calls, you pick it.

If you’re watching the World Cup, then you probably saw Tim Howard make more saves than anyone else in World Cup history against Belgium and the succession of memes that flooded the internet (and even a petition for an airpot to be named after him?) following it, but did you know that Barack Obama was also a massive fan of his performance?

So much so, that he even bothered to call him up to praise it. Clint Dempsey was there too, but even though he had a good World Cup he did miss a pretty big chance in the last minute that would have sent them through so we all know that this call was meant for Tim Howard.

Obama said that he didn’t know how Howard was gonna survive the mobs on his return which is kind of stupid considering he’ll probably only be there for a few days before he heads back to Liverpool, but hey it’s the thought that counts.