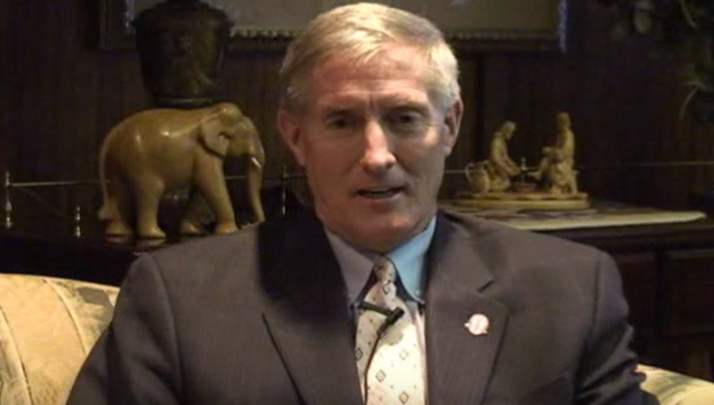 Totally savage revenge move to pull on your own dad.

The president of a Baptist college in South Carolina got caught hooking up with a woman who was not his wife… by his own son who captured the two of them on camera and stuck the evidence online.

Paul Epting filmed himself entering a property and walking upstairs where he catches his dad looking a little flushed, before finding his girlfriend hiding by the bathroom.

The footage was shot last October — his dad has since retired from his job at the college.

The interim school President told students in an e-mail:

It has come to our attention that a video has surfaced pertaining to our former President and members of our staff. Please join me in prayer for the University at this time.

(University leaders) expected to lead Christ-centered lives and abide by all campus policies and procedures.

James Epting has refused to comment on the video.

So, this kid must have really hated his dad to actually go through with this, right? Fair enough he’s angry with his dad and trying to stick up for his mum, but filming the whole thing and sticking it online? Embarrassing your entire family like that? Daddy issues through the roof. Totally unnecessary bit of revenge.

Then again, Jimmy Epting might just be grateful his son caught him in the act instead of his wife – we’ve all seen what can happen.