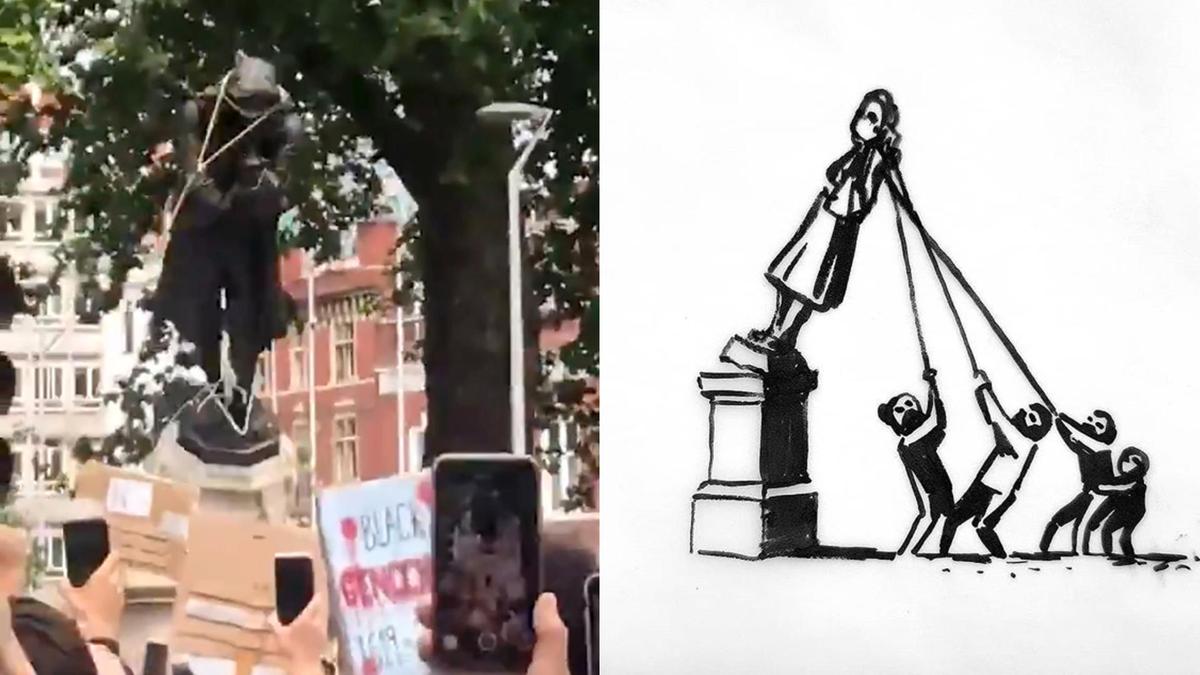 Like many people, I had never heard of Edward Colston before the weekend. Bristolians had been campaigning to have the slave owner’s statue removed from the city for years, and as we know took matters into their own hands during the anti-racism protests on the weekend and toppled the statue themselves. A pretty epic moment in the city’s history, to be fair.

What to replace the statue with, though? Some have suggested the plinth that now stands empty should be used to showcase works from local artists. Other reckon that Edward Colston’s bronze statue should be pulled from the river and reinstalled (lol – as if that’s ever going to happen).

Well, Bristol’s own Banksy has come up with his own idea and it might be the only way to keep everyone happy:

Boom – problem solved. Edward Colston gets back on his plinth but only as a reminder that Bristolians in 2020 do not share his values or approve of the atrocities he was responsible for in his lifetime.

Here’s a good summary on Edward Colston and the events that unfolded in Bristol last weekend:

For a look at what Banksy has been working on while on lockdown in the coronavirus era, click HERE.