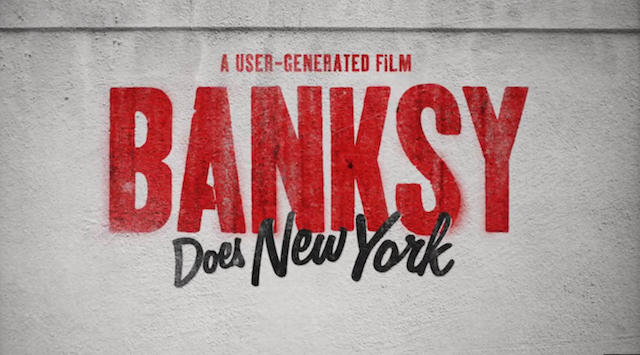 HBO are releasing a documentary about Banksy’s residency in New York last year this Friday.

You probably remember last year that Banksy had a one month residency in New York in November which led to the famous prank where he sold his art for $60 but hardly anybody bought it.

As you might have guessed, HBO got involved to document and record the events that happened over the month long residency and the documentary is finally being released this Friday through HBO On Demand and HBO Go.

They’ve released the sneak peak trailer for it which you can see below which shows a couple driving through New York searching for a new Banksy piece which turns out to be the day 9 Crazy Horse car mural.

From this clip it seems like the documentary is going to be more about how the residency affected the people of New York at the time rather than the actual residency itself. This seems like a good angle to take considering we pretty much know everything that happened in the residency because it was so well covered in that period, so it should make for an interesting watch when it drops this Friday.