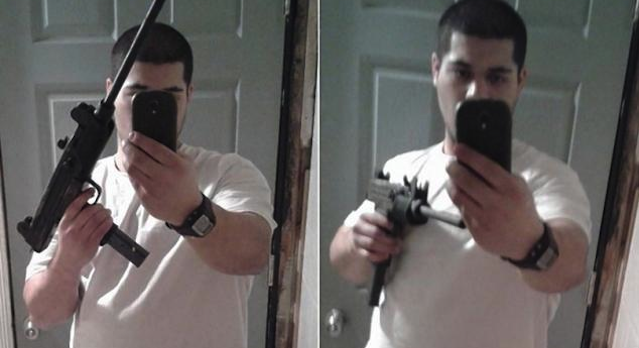 Was it really worth it? Some 21 year old idiot from Brooklyn called Jules Bahler has been arrested on bank robbing charges after he posted a selfie of himself holding a submachine gun that was used in three bank robberies in Michigan. Smooth moves genius.

It’s being alleged that he uploaded the tough guy pictures onto Facebook on March 5th and then immediately went out to a Chemical Bank in Bay City and ‘displayed what appeared to be a black sub machine gun and demanded money.’ Previously he had been in Pontiac City and had passed notes to tellers demanding money. His MO seems to be just to demand money judging from these statements. It’s estimated that he made off with around $15,000 from these robberies.

Unfortunately though for him, because he was a complete idiot and posted pictures on Facebook, it looks like he’ll never be able to spend that money. A police sergeant noticed the pictures, alerted the FBI and Bahler was picked up at a traffic stop pretty near his home. The gun was found in the car in a black duffel bag and Jules dropped the tough guy act and immediately confessed to all three robberies. What a pussy, guess we’ll be seeing your ass in the slammer.

It’s even funnier because one of Jules’ illiterate spaz mates even warned him about the fact that the police might be watching him on Facebook, but obviously he paid no attention. Check out some of the pictures from his Facebook below: 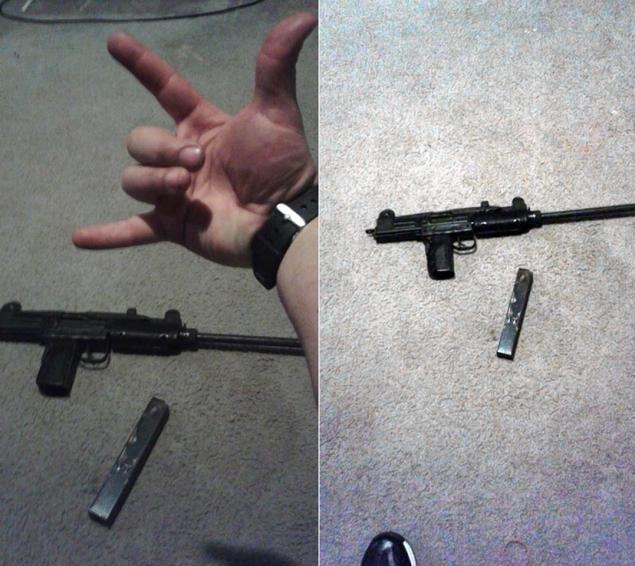 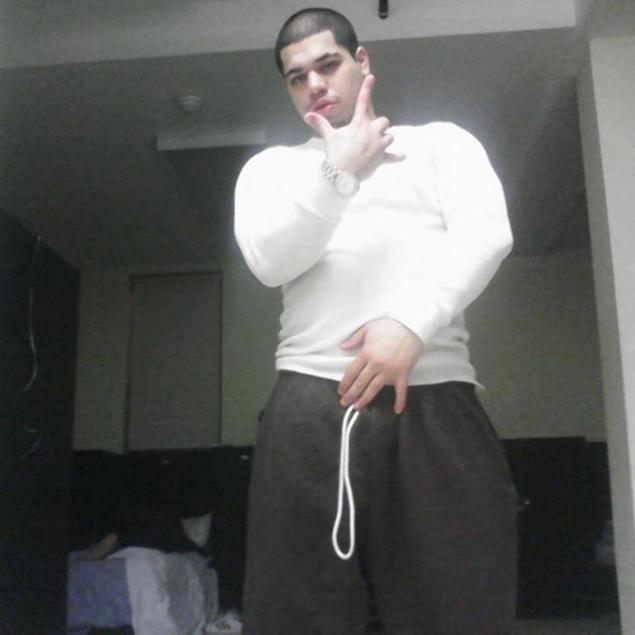 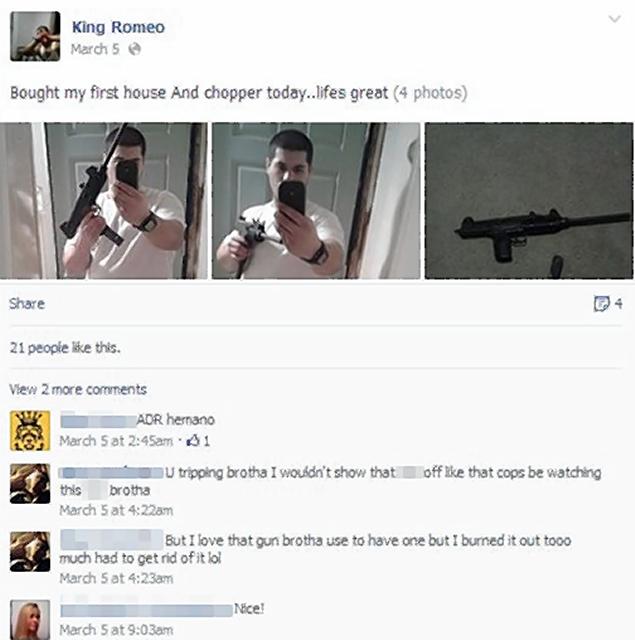