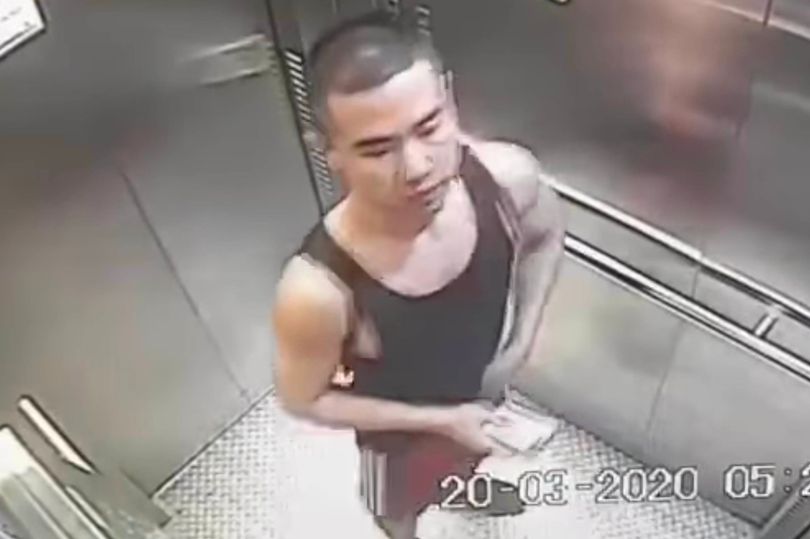 Although a lot of people out there are flagrantly disregarding recommendations for stopping the spread of Coronavirus through sheer idiocy, there are also a minority of people who seem to perversely enjoy trying to escalate the situation by doing the complete opposite of government advice and being thoroughly disgusting.

The latest one of these people is a 32 year old man from Bangkok, who was filmed licking his tongue with his hands and then placing them inside his shorts before rubbing them all over the buttons in an elevator and its handrail. The footage was taken at the BTS National Stadium last week and it went viral after it was shared on Facebook last week, prompting the city’s Skytrain system – which has a stop at the stadium to be fully disinfected.

Thankfully, the man was identified by Monday and the Thailand officials have chosen to make an example of his quite frankly awful behaviour by ordering him to be jailed for the next 15 days. Whether or not this is actually going to help the situation could possibly be questioned as it’s probably not the best time to be adding to crowded prisons during a pandemic, but given his behaviour when left to his own devices it’s probably the best course of action.

Honestly if you’re reading this and thinking about acting like that guy then have a word with yourself and just don’t. Hard to believe that malicious morons like that even exist at times like these, but sadly there are far too many cases of actions like these all over the world. What is wrong with people?

For more of the same, check out this guy in America who was arrested for licking products in Walmart. FFS.