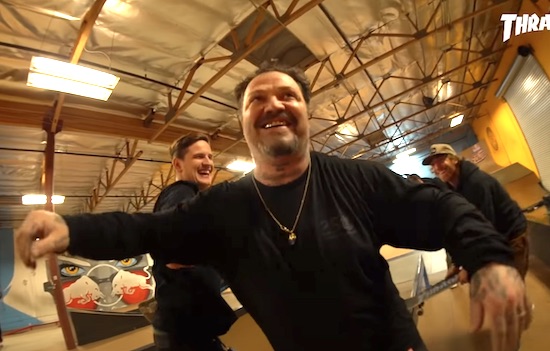 This is pretty grim.

Bam Margera has been in the news a lot lately after he fell out with his former friends from ‘Jackass’ during the filming of the new movie so badly that the director had to take out a restraining order against him, but he’s now taken the unusual move of filming a video of him talking about how shit things have been for him the last couple of years while he’s skateboarding.

Take a look at the video below and see what you think:

Damn that does sound like quite a shitty time where he was forced to go to rehab and then go on all those antidepressants that just made him feel even worse. I’m assuming that this video was filmed a while ago because he says something about missing the Philly winter, so I imagine this went down before all his recent problems with the ‘Jackass’ guys.

It’s nice to see him happy and having a good time skating, but it seems like one of these videos comes out every couple of years and everyone hopes that he’s back to his old self and OK etc, then he just falls off the wagon again and it happens all over again. Hope he can sort himself out soon.

For more of the same, check out the timeline of his beef with ‘Jackass’ here. There’s quite a lot going on there.