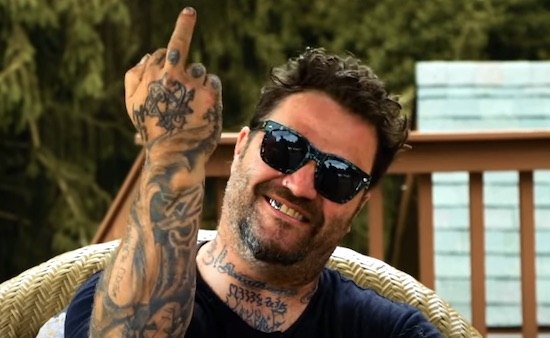 It’s pretty much common knowledge that Bam Margera has struggled with depression and alcoholism since he shot to fame back at the turn of the millennium thanks to his skateboarding and involvement with the Jackass crew, but it seems like he’s doing much better at the moment.

Not only has a fourth Jackass movie been confirmed and probably already filmed, but he’s also appearing in this cool Skate Tales video for Red Bull. It’s basically an interview with him, but things get a little crazy when he gives out the door code for his private skate park on Instagram and a bunch of people show up to rip it up and party:

That was pretty wholesome content wasn’t it? Kinda like the old days of Bam and his mates just dossing without a care in the world and just having a good time. Really is the sort of stuff we need to be watching during these crappy lockdown isolation times.

For more of the same, check out Bam Margera getting kicked off a plane last year. That was not one of his best moments.