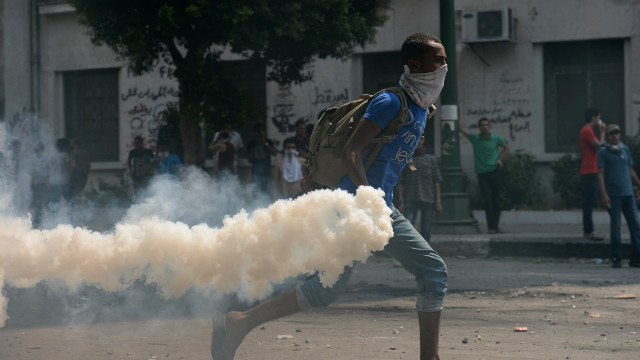 This is like the kind of shit you would do in GTA V and get mad props for, kind of like this incredible car chase from it – only this time it’s going down in real life.

It happened over at the current Occupy Central pro democracy protests over in Hong Kong that are now running into a week long as unrest has spread across the city. In the video, the police are being their usual dickhead selves throwing tar gas at protestors that aren’t really doing anything, when one guy decides to give them a taste of their own medicine.He manages to catch the tear gas canister – which is lobbed at his body at high speed – and catch it and throw it back towards the police all in on motion.

It was kind of like he had been doing it for years – maybe he had. Having been tear gassed recently (don’t ask) I know how hard this is so the guy deserves mad props, at least more so than this policeman who pepper sprayed a bunch of protesters when he went on special.