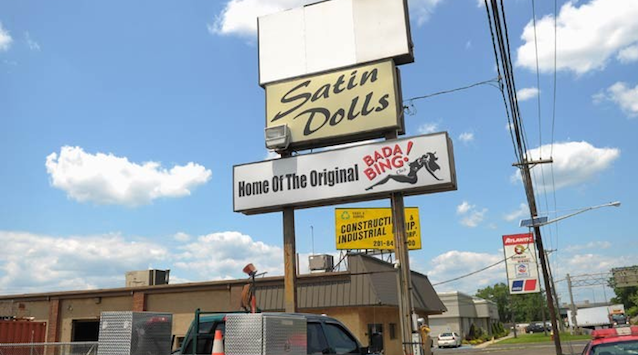 The Bada Bing club was one of the best things about The Sopranos but since the show ended back in 2007 we haven’t heard much about it.

It turns out that it’s an actual strip club in New Jersey, although it goes by the name of Satin Dolls in reality. I don’t know why it uses that name instead because quite clearly Bada Bing is a way, way better name.

Names aside though, Satin Dolls had a brutal reminder of its fictional former life when it was subjected to an armed robbery over the weekend. Two men wearing ski masks and carrying sawn off shotguns burst into the club in the early hours of Sunday morning and made off with around $30,000 in cash. Not a bad little haul.

The police haven’t released any other details, but you can bet that Tony Soprano isn’t going to be too happy when he finds out about this and will already be coming up with a way to retaliate. He won’t be taking any prisoners, just like in the clip below.