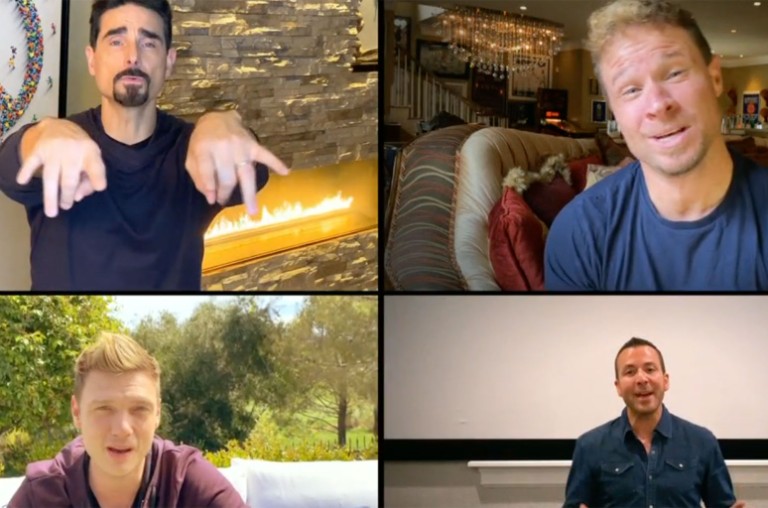 I hate the coronavirus as much as anyone but I have to admit that one good thing that’s come out of it is this video of the middle-aged Backstreet Boys absolutely smashing ‘I Want It That Way’ in a living room concert from each of their individual homes.

The whole thing is  electrifying – I think the Backstreet Boys have still got it?

I feel like a kid again. Yeah OK it’s weird seeing Nick, Brian, Howie, Kevin and AJ in their forties but they still knocked that performance out of the park. Gal Gadot and the rest of the idiots who did that ‘Imagine’ cover must be watching this and kicking themselves for even trying.

Watching this performance also reaffirmed the fact that Backstreet Boys > N’Sync IMO. I can’t imagine N’Sync getting together and pulling off a coronavirus performance of ‘Bye, Bye, Bye’ or whatever, can you? They probably wouldn’t even be able to convince JT to get involved, which is another +1 in Backstreet Boys’ favour. Even in 2020 they’re a full squad, and N’Sync isn’t. They were just lucky to have a better lead singer back in the day in Justin Timberlake.

Anyway, that was talking late 90’s pop. Here’s the Brooklyn Nine-Nine version which is also awesome:

P.S. Good to see Nick Carter doing OK after his brother alleged that he’s a rapist.