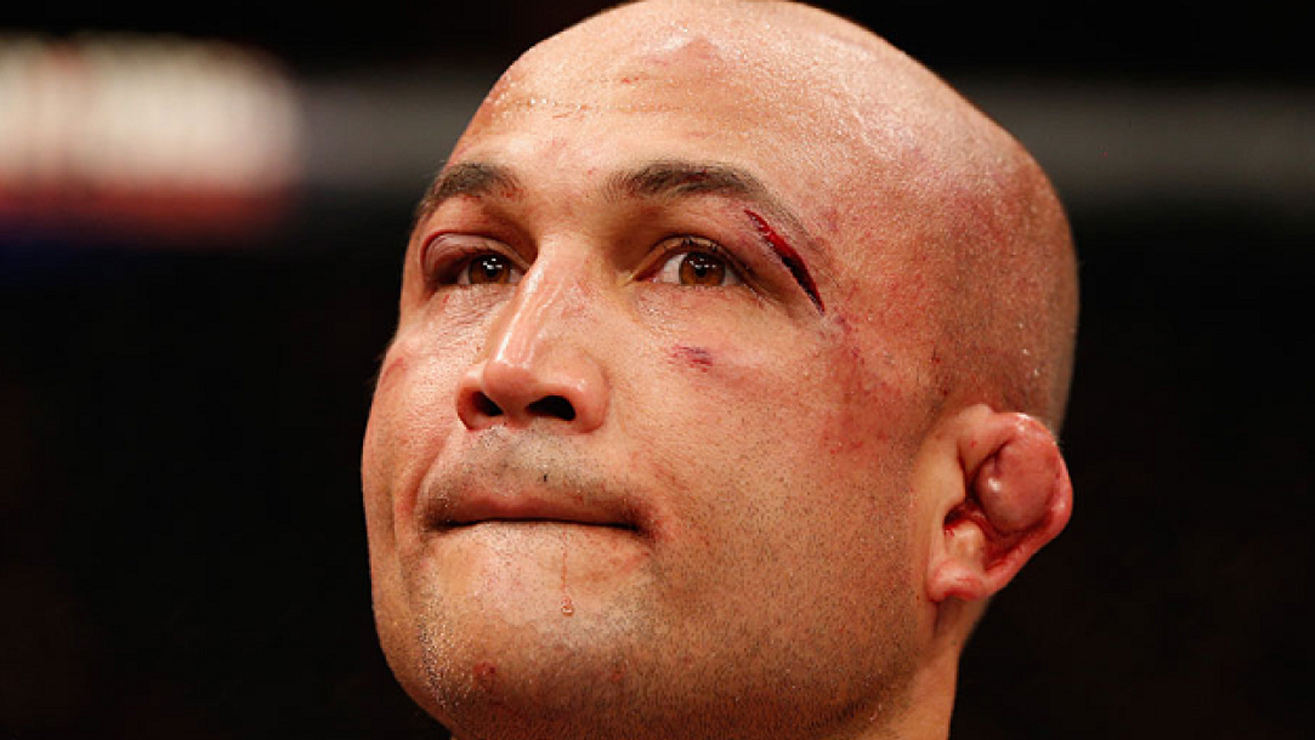 A video went viral last week of UFC legend B.J. Penn getting knocked out cold by some random guy in a bar fight in a Hawaii which is pretty much something you never expect to see happen to a UFC legend, even if he is on a seven match losing streak at the end of his career.

Naturally, there was more than meets the eye to the altercation – which later saw B.J. Penn completely wail on the dude on the floor – and B.J. himself has now broken his silence to let us hear his side of the story. Check it out below in audio or text format:

BJ Penn gives his side of the story of what took place in videos of him in an altercation released recently by @TMZ.

“The last thing I want to do is get into any type of trouble, my custody case, me seeing my kids depends on all this stuff”

I’m at a concert going to meet a friend that I’ve known since we were really young kids and I’m over there and an acquaintance of mine, he gets mad about something, you know something was said or it was an old past thing and then he wants to fight about it.

I was like, ‘no, no, I don’t want to fight, we’re friends, everything is cool.

He even walks outside and I’m thinking, this is silly I’m going to go get him, calm him down and get him to come back inside and enjoy the concert, we’ve got some other friends there.

I walk outside to go give the guy a hug and then he hits me twice and I’m like no, calm down.

Whoever put that video up cut it in half, I wish they had the whole thing that showed me trying to hug the guy.

Finally my adrenaline picked up because he was hitting me so much so I said go ahead and hit me again, really I thought the guy would eventually just say forget it BJ, whatever, walk away, but he hit me and he hit me good and knocked me down and then when I got back up he tried it again and I just had to defend myself and that’s what you see in the second video.

There was another video on TMZ of me holding somebody on the ground.

I’m in the middle of a custody case right now and from that last one I already got a lot of flak from the custody evaluator, from their lawyer of course, from my lawyer.

The last thing I want to do is get into any type of trouble, my custody case, me seeing my kids depends on all this stuff and it’s just really strange how things just happen and you never see this kind of stuff, but here I am in a custody case and this happened twice.

Whatever B.J. Penn’s personal problems are though, the fact is that this statement just sounds really half assed and stupid and not even convincing. Why don’t you give us the specific details about this guy wants to fight about so it’s believable – it’s gotta be pretty serious if he wants to fight a UFC legend about it – even if he is washed up now – right? Spill the beans B.J. – it’s not making you look good.

Also crucially he didn’t even explain how some random dude could knock him out. He’s supposed to be a UFC legend FFS, don’t’ just gloss over the fact some nobody took you out in the street. That’s not a good look either.

If you missed the original videos then click here. Boy is it a good one.