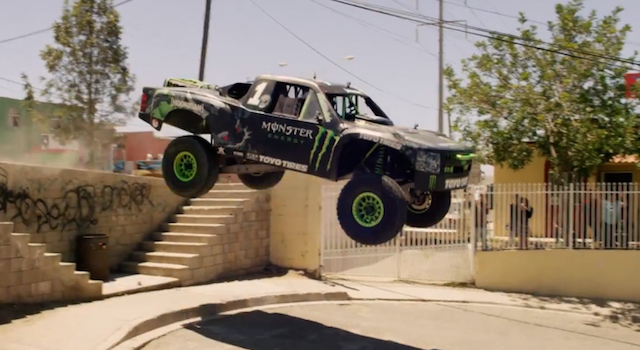 Dan Bilzerian: proving once again that money does equal happiness.

If you read Sick Chirpse regularly then you’re bound to know who Dan Bilzerian is and if you don’t then check out some of the stuff he’s got up to here. He basically lives the best life ever as a millionaire playboy doing whatever the hell he wants.

And that’s exactly what he got up to on the streets of Ensenada Mexico with his buddy B.J. Baldwin and a bunch of girls who look like they belong in the Playboy Mansion. Dan bet B.J.that he would beat him to the beach in his helicopter whilst B.J. was driving a massive 800HP truck through the streets of the city.

The result? A completely epic video. This is Recoil 2. It looks as though they shut down the whole city for this as there is no one around. That might sound surprising but hey, it’s Dan Bilzerian he can do whatever he wants, right?

If you enjoyed this, maybe check out this bonkers video of a Brazilian police chopper chasing a drug dealer’s car through the favela and firing loads of bullets into it.