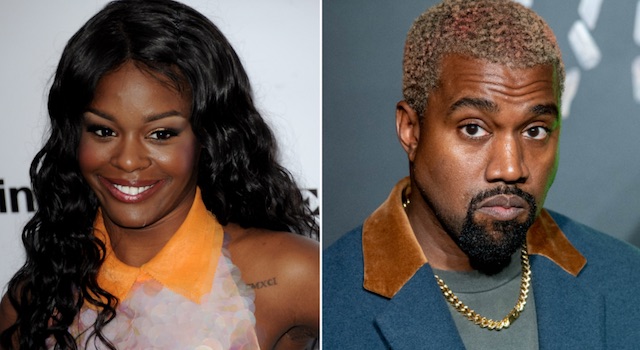 Been kind of a slow news day today with most stuff dealing with the aftermath of the Jake Paul/Ben Askren fight, but thankfully Azealia Banks has also now decided to come out with the following ridiculous statement to spark things up a bit.

Kanye West said last week that he wanted his next relationship after Kim Kardashian to be with an artist and Banks has decided that she fits the M.O., saying the following: 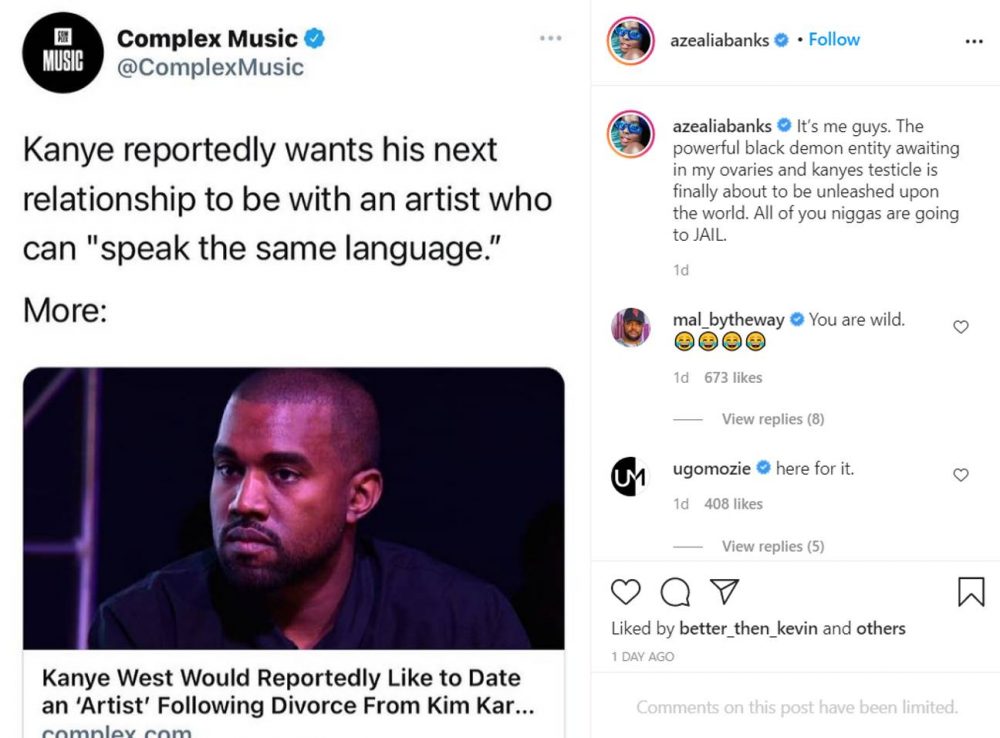 It’s me guys. The powerful black demon entity awaiting in my ovaries and Kanye’s testicle is finally about to be unleashed upon the world.

I just want to be the mother of the fully African Azealia Banks x Kanye West child. Give me the baby, then go be whoever you want.

We would most likely have a Sagittarius baby as payback for the both of us s*** talking Jay-Z.

We would make the art world stop. It would be another 50 years before anyone was adept enough to cause a shift.

Err? Not really sure what any of that means or why she’s replying in the comments of a Complex article to try and get her point across, but it kinda comes across like she was just really wasted or high when she was writing all those comments?

Pretty much has drunk Instagramming written all over it doesn’t it? I guess you gotta shoot your shot somehow though and if it works then everyone is going to say she was a genius. Sadly I think if anyone even remembers it they’ll probably only be talking about how pathetic and weird it was.

For more of the same, check out when Azealia Banks had some very weird beef with Grimes a couple of years ago. So strange.