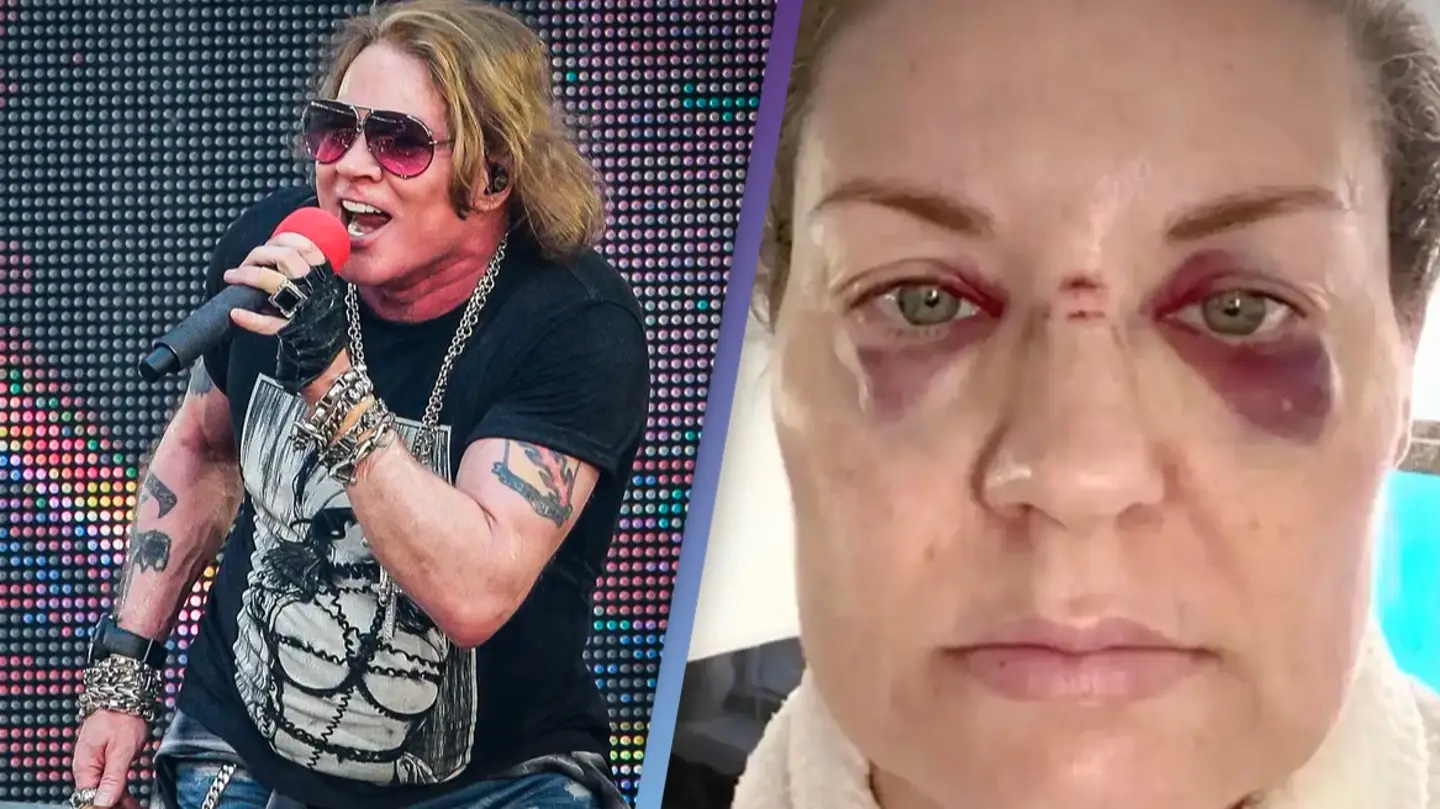 I wasn’t actually aware that Axl Rose ended all his Guns N Roses performances by throwing a microphone into the crowd but apparently that’s been going on for 30 years and is an iconic part of the show.

Or at least it used to be because Axl has now announced that he’s scrapping this part of the show after a fan was left injured following their performance in Adelaide, Australia last Tuesday. Rebecca Howe looks like she’s been punched in the face a few times and had this to say about her experience:

What if it was a couple of inches to the right or left? I could have lost an eye … what if it hit me in the mouth and I broke my teeth?

If my head was turned and it hit me in the temple, it could have killed me.

Normally I would say that someone saying this sort of stuff is quite clearly exaggerating, but looking at that picture I don’t think she was. Mad that throwing a microphone at someone could do that much damage. It’s not even like he’s launching it like a missile or anything, just looks like a casual toss.

Anyway, Axl Rose heard about what happened and released the following statement about it:

Lol why does he write ‘are’ as ‘r’. That’s a really weird abbreviation when he spells everything else 100% correctly. I suppose he’s a bit of a strange guy though isn’t he?

Anyway, if you had tickets to see Guns N Roses at Hyde Park next year then you don’t need to worry about going down the front anymore because there won’t be any microphones flying around. Not sure if that enhances the experience or not though really.

For more of the same, check out when Aragorn from ‘Lord Of The Rings’ teamed up with Buckethead to create some really weird music. What the hell was all that about hey?