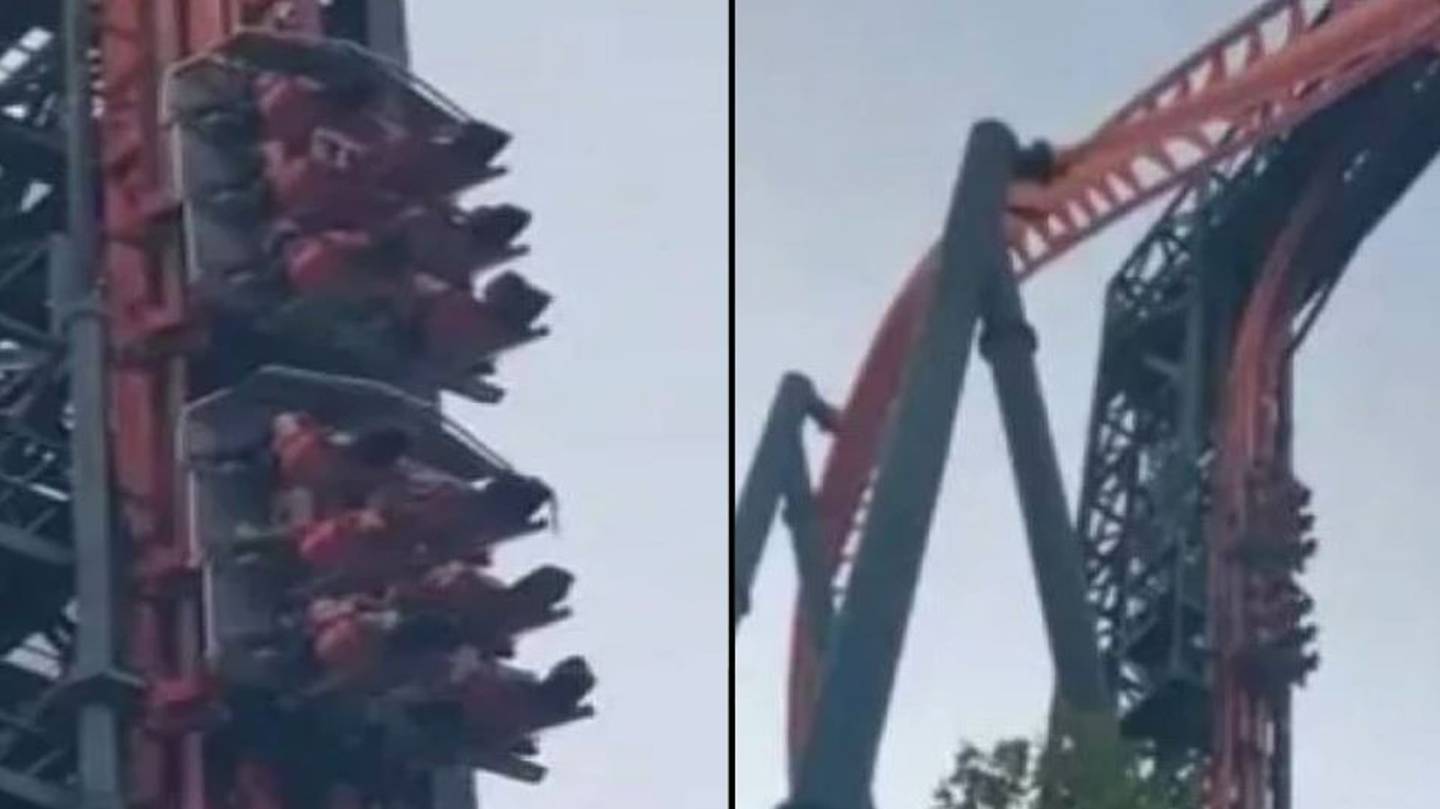 I really like going to theme parks and going on all the rides, but I gotta say the thought of being trapped vertically at 160 foot up in the air in one of them for over an hour during a heatwave sounds like the actual definition of hell – or maybe purgatory would be more apt?

This was the sad reality for a bunch of people over in Madrid yesterday at the Parque de Atracciones. Temperatures were soaring at 37ºC and the Abismo ride decided to crap out whilst ten riders were plummeting backwards down a vertical drop from a height of 160 feet.

That sounds bad enough, but then to be stuck in those horrible overhead supports facing directly upwards for over an hour at that height in that heat sounds like something that would induce a panic attack. I’m kinda surprised someone didn’t go crazy or have a stroke because of it, but the theme park workers eventually got the ride started again and everyone made it off safely. Phew.

I know it doesn’t sound very exciting looking at footage of a broken rollercoaster because literally nothing’s happening, but check out the video below for a little bit of a surprise :

Lol yeah that’s right. The people were trapped on the rollercoaster for so long that day turned into night. That’s gotta make the whole situation even more depressing, although I suppose it would at least get a little cooler. Seriously can’t get over how all of them seemed remain calm and didn’t just freak out massively. Fair play to them.

For more of the same, check out when Oblivion at Alton Towers broke down on the hottest day of the year a couple of weeks ago. Another major nightmare.