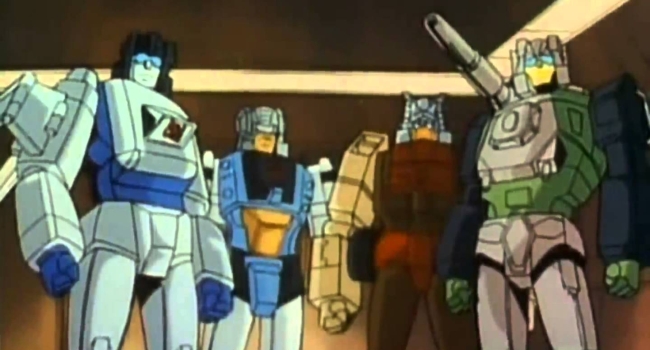 Not a pisstake and not “ironic”, the official English dubbing in this late 1980s anime is a shining jewel of unintentional comedic value. TRANSFORRRRRM!

Case in point: this clip from the Western version of Transformers: Headmasters, a late 1980s depiction of everyone’s favourite transforming automatons. Originally made in Japan, it was later given an English language dub by Omni Productions, a Hong Kong-based company that worked on a bunch of Godzilla and kung-fu movies. Clearly, they were having an off day (or several) when they tackled this particular effort.

The ensuing dialogue is the sort of thing that makes Button Moon look like The Matrix.

And much like The Matrix, you cannot be told exactly what it is. You must experience it for yourself.  Our favourite moments are at 2:22 and 3:50.

We also like how the actor voicing Hotrod sounds muffled on purpose because the robot he is voicing has a faceplate. Absolute genius. Michael Bay needs to get Omni Productions on board for Transformers 4.