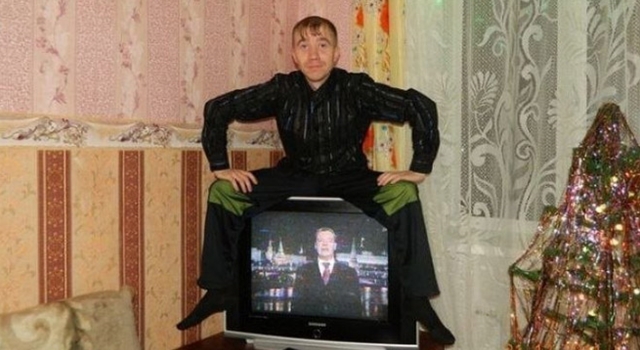 Today’s chunk of Russia features a holy astronaut suit, wedding weirdness and various fashion mysteries. It should be a good one.

This edition also features a holy astronaut suit and various fashion mysteries so it should be a good one. If you mix holy men with outer space I’m always going to be pretty happy.

This snap was posted on a Russian media site this week. It was taken at a food stall in a train station. For some reason I’ve lost my appetite. 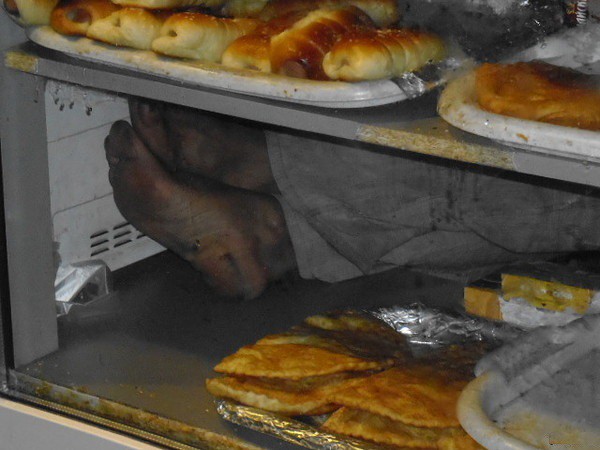 Hair is free, clothes are expensive. Here’s the answer to your tiny pay packet: 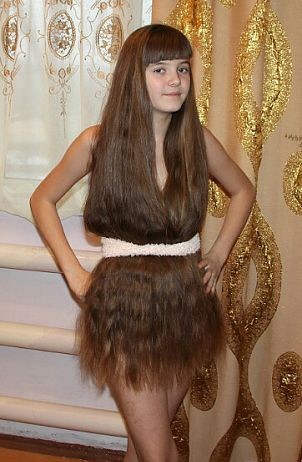 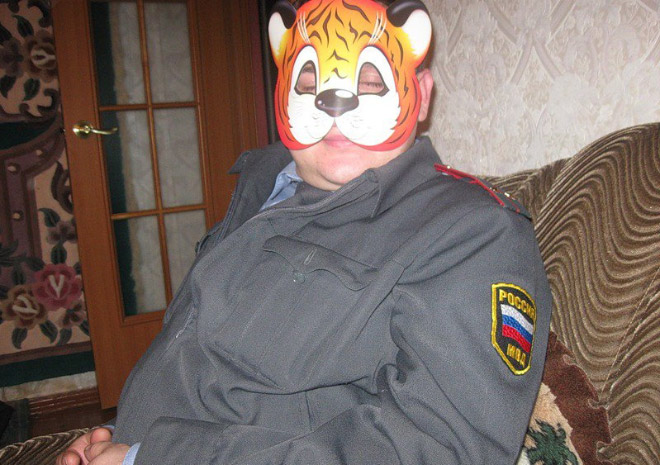 Below is the first of our massively inelegant wedding photos. Mr Bear having a little snoozy time. Aw… cute. 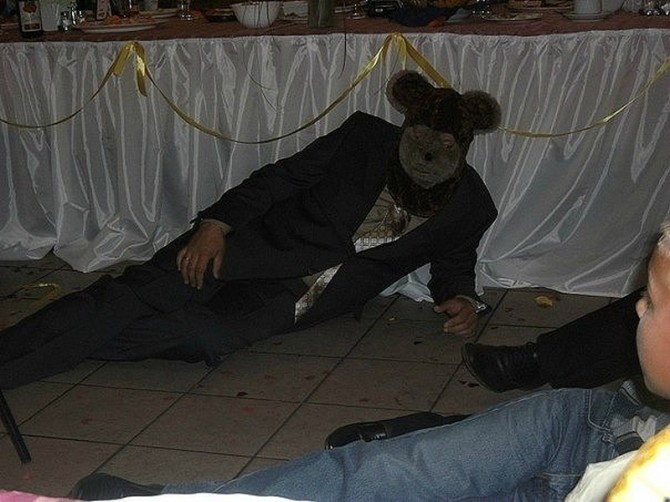 I like to imagine that the lady below was given this head scarf by a cantankerous grandson. On the other hand it would just be pretty cool if she was a massive toker. 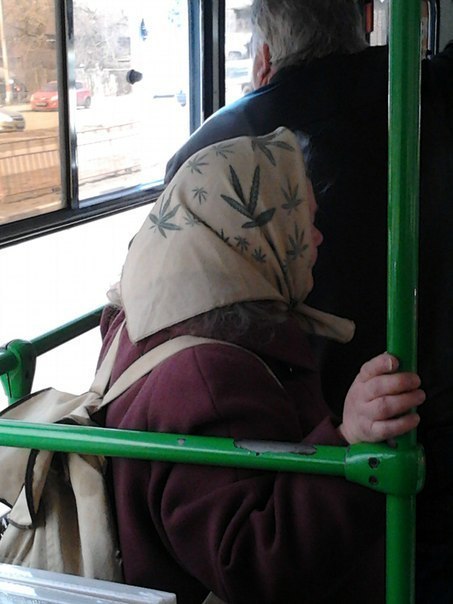 Next up a nice little montage of snow taking the Micky out of Stalin. You’d probably get shot if you were a human messing with the statues, but snow gets off Scott free. 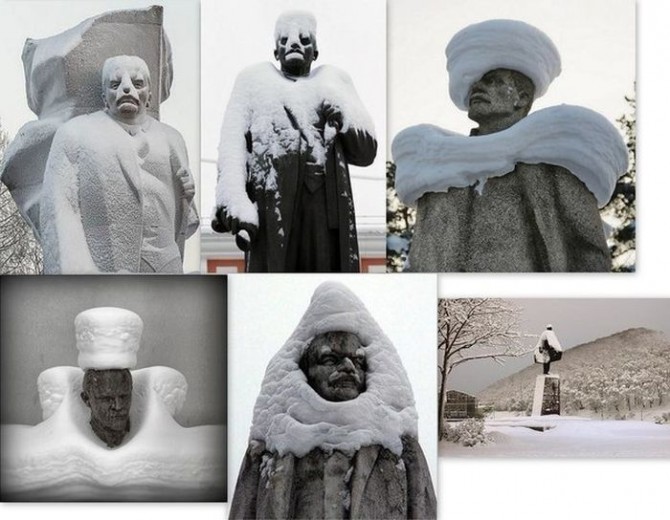 â˜› Next: 7 Disturbing Facts About The Sochi 2014 Winter Games