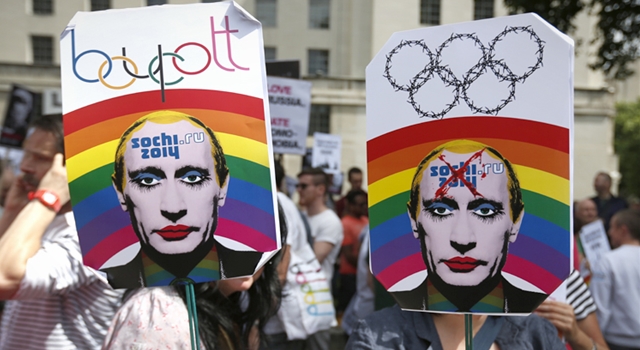 I’m not sure if I’ve seen one single positive report about the Sochi Winter Olympics this year. When you see what’s been going on that’s no surprise…

Why shouldn’t Russia host the Winter Olympic Games 2014? I mean there’s a lot of snow and nowadays quite a bit of cash floating around. On the other side of the coin there’s oodles of corruption and they’ve decided to host it in one of the most volatile regions of Europe. Here’s some of the problems they’re facing:

1) It Doesn’t Snow In Sochi 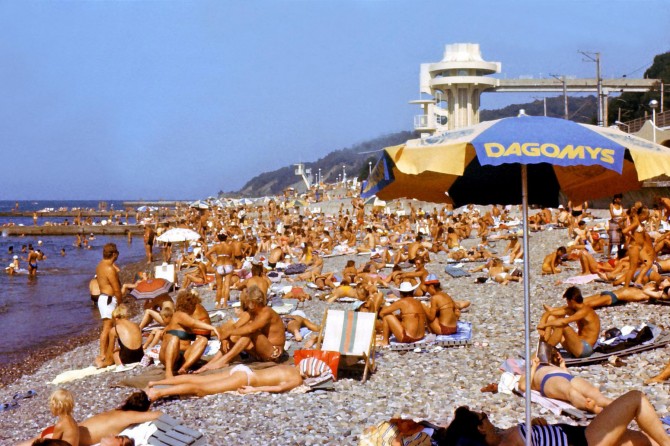 Yeah, so Russia is definitely snowy and cold, we’ve all seen pictures. But it turns out that Sochi actually has a sub tropical climate i.e. relatively warm and defo non-snowy. Sochi is in the deep south of Russia on the coast of the Black Sea and boasts beaches and palm trees, so not your first choice for a “winter” games. 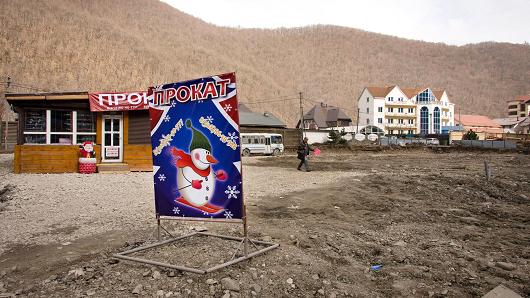 It’s no problem for the indoor sports like ice skating, but for the outdoor stuff they have to travel a few dozen miles north to the mountains. They’ve also managed to keep in storage 710,000 cubic metres of snow from the Caucasus Mountains’ winter last year and acquired 500 snow guns.

Here’s some snow under tarp for storage: 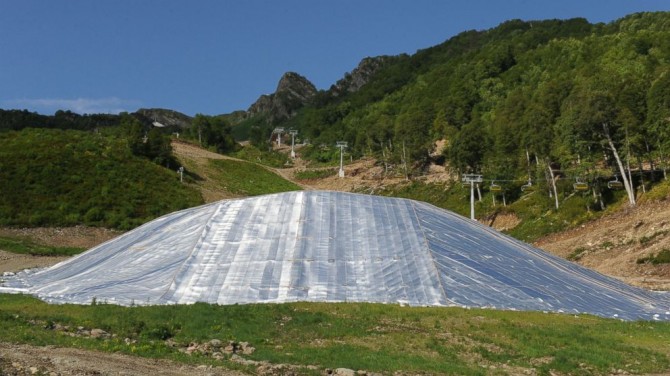 So why hold it in Sochi? Well it used to be a hangout for actors, Kremlin officials and cosmonauts, including Putin himself. Most people think the reason it’s being held there is purely because Putin likes it. That’s not beyond the realms of fantasy either, he tends to get his own way.

The lack of snow really isn’t the biggest issue they’re facing though. Vancouver only sees snow once every few years and they nailed it in the 2010 Winter Olympics. There are much, much more sinister issues at work than the weather in Sochi.

â˜› Next: Faces Of Olympic Divers