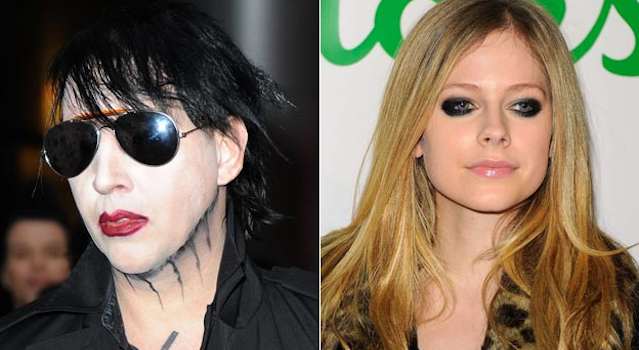 Predictably it isn’t very good, but it’s kind of funny how low these two former celebrities are willing to go in order to try and remain culturally relevant.

Wow. I guess these are the lows that people who are struggling to remain culturally relevant – at least in a ‘now’ way rather than a nostalgia way – are willing to resort to in order to try and get people to talk about them. It’s straight out of the Korn playbook, although instead of partnering with a hip new emerging talent like Skrillex, Avril Lavigne has for some reason decided to hit up the God Of Fuck (yeah, he actually referred to himself as that once) for a collaboration.

And guess what? Yeah, that’s right – it’s terrible. It doesn’t really even sound like a collaboration – Manson sings some pretty non distinct backing vocals and doesn’t seem to have had any other influence on the song, which plays more like a Nickelback B side crossed with Blondie’s ‘Call Me’ than anything else. I guess that isn’t much of a surprise considering who Avril Lavigne is shacking up with these days.

The song itself is called Bad Girl and lyrically is about Avril Lavigne being a slut or something. So she isn’t really breaking any new lyrical or thematic ground there. You can check it out below – even if you don’t want to you should listen to the first three seconds for a really terrible sample.