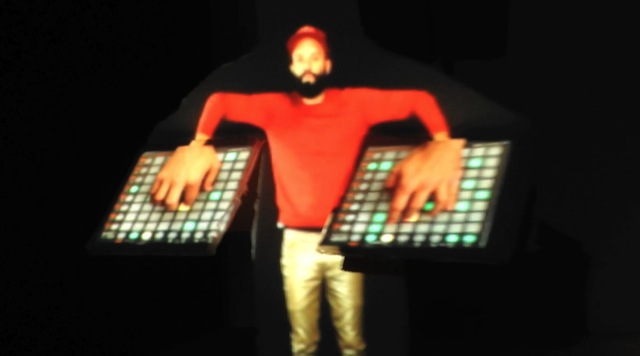 It’s not often these days when we say ‘wow did you see that awesome music video?’ because it’s not the days of The Box of MTV anymore. It’s also not often that you hear ‘amazing’ and ‘Avicii’ in the same sentence either, as those two words don’t really work together, but this is indeed one of the times when they actually do.

Conte has remixed ‘Avicii – Wake Me Up’ and has made a really great music video to accompany. The setting is Conte’s basement where he uses projectors, screens and a Novation launchpad to shoot an entirely homemade music video that really is something original and special.

Here’s what Conte had to say about the production of his music video:

“This is a 3D projection mapping music video for my remix of Avicii’s Wake Me Up. I used Final Cut Pro 7 to line up all the images, and I built the 3D screens and surfaces out of foam core (the kind we used to use for science fair projects….). I didn’t use any custom software or non consumer products to make this video – the projection mapping was done empirically by lining up images on foam core board and then cutting the board down to the appropriate sizes – no math or algorithms or projection mapping software.

Filmed in one take, start to finish with an iPhone, two Canon Vixia home video cameras, and a Canon T3i

â˜› Watch Next: Is Wiley Having A Movie Made About His Life?

Check out that breakdown: