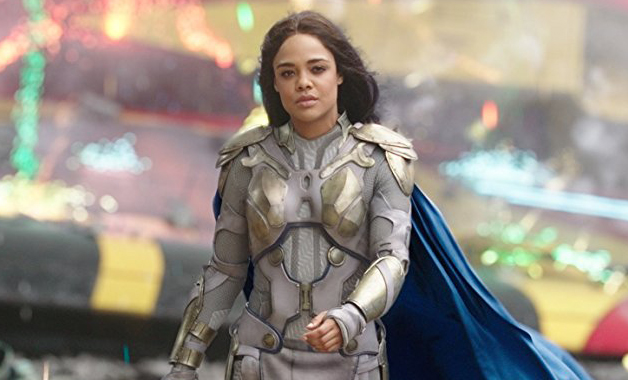 One of the great things about the Marvel Cinematic Universe is that it’s finally starting to fly the flag of diversity. With the release of films like Black Panther and Captain Marvel, we’re slowly but surely starting to see major genre films representing the people of this world – not just white men.

Of course, they do need to up their game in terms of LGBTQ+ representation too, although that looks set to change too now that co-director Joe Russo has let slip that Marvel is gearing up to introduce a new gay character in one of its upcoming movies.

So yeah, it’s looking like a colourful future. So of course Marvel’s toxic white straight male fandom aren’t happy about it.

Yes, so enraged are they at the MCU’s efforts to expand with more diversity, that a group of them have started downloading a version of Avengers: Endgame that has all of the feminism, people of colour and ‘gay s**t’ edited out. Unbelievable.

Someone stumbled across this ridiculously offensive BitTorrent page, which features the download with the following description:

Endgame, but shorter, no feminism, no gay s***, less boring filler, less sniffing its own farts, no constant quips, no other small changes.

Eh? Smelling their own farts? You’re saying they were being smug to include women and one ridiculously small cameo by director Joe Russo where he happens to be gay? Eh?

The person who made this discovery uploaded a screenshot of the page alongside the caption:

So white men are downloading and pirating a copy of Endgame that has all of the non-white men edited out.

Honestly, get a load of the list and you’ll realise what a grade-A douchebag whoever created this edited version of the film is:

The internet were on hand to give the guy a ripping, of course, including one who wrote: “That someone actually took the time to literally whitewash a film is as fragile as it gets.”

Looks like the ‘fragile straight white male’ community haven’t won this time, and they never will – the MCU is only going to mix up its ranks even more into the future.

For all the Endgame Easter eggs you probably missed, click HERE.