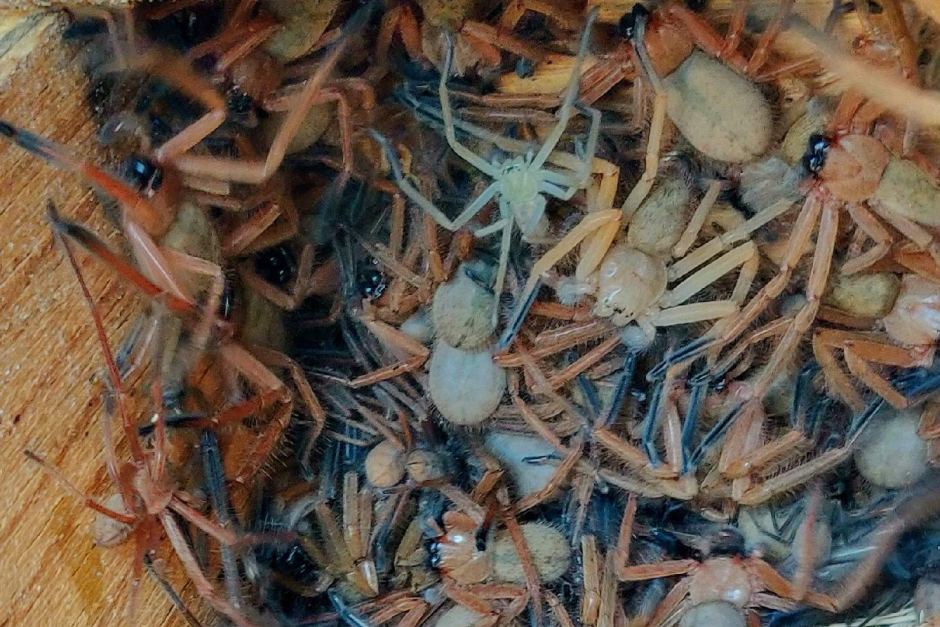 Most of the population of the world is terrified of spiders because they’re so creepy and scary looking and top of the list is probably the massive Huntsman Spider because it’s absolutely gigantic and legitimately looks like it could rip your head off if it wanted to do so.

I’ve never actually seen one in the flesh – thank God – because they’re native to Australia but most of the time I’m led to believe that they hang out on their own. Turns out this isn’t actually the case though as researcher Angela Sanders found out when she was investigating timber habitat boxes set up for pygmy possums in Western Australia, opening one up and finding a whole bunch of them huddling together like something out of Arachnophobia.

Here’s what she had to say about her find: 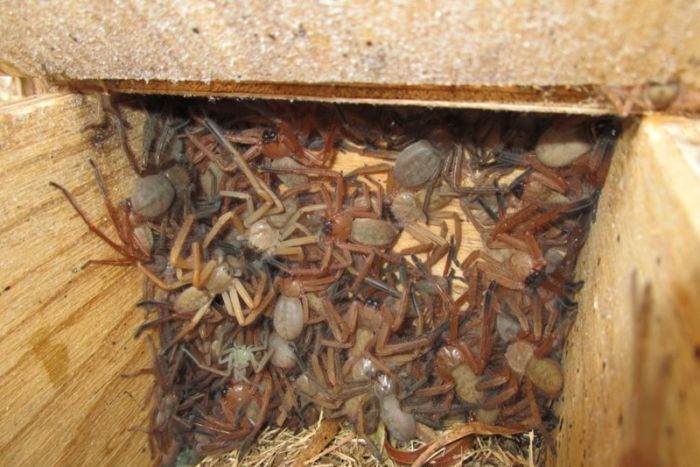 On lifting the lids of some, we found many huntsman spiders of all sizes whizzing around inside.

We now know that they’re a species of huntsman that live together, normally under the bark of a tree. In the restored area, tree bark is in short supply at present and they’ve found the wooden boxes suitable.

A single adult female lays eggs and the successive generations of siblings help each other out and share prey items.

This has several advantages for the spiders, including faster growth. They’re also heavier and healthier.

How matter of fact about it all she is – doesn’t sound like she was freaked out or scared in the slightest about it all. Guess that’s what happens when you’re a completely sick researcher though. Probably sees stuff like this all the time. No sweat.

If you’re worried about ever encountering this yourself whilst you’re trekking around Western Australia looking in timber boxes then don’t be. Apparently it’s really uncommon and barely ever happens. You’ll still probably see at least one Hunstman spider though so be wary of that.

For more of the same, check out this Huntsman spider that is the size of a plate. Hot damn.