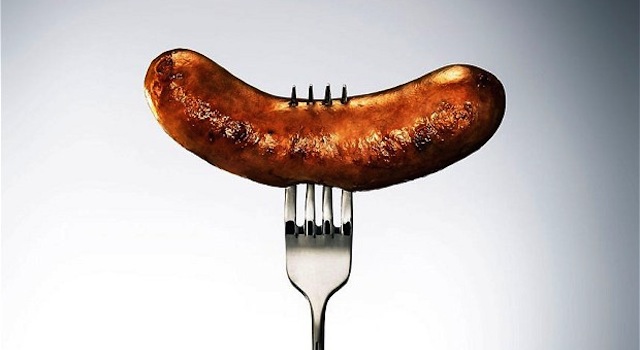 An Australian man stuck a fork down his urethra in the pursuit of sexual gratification. Check out how far he got it.

That’s right, a man in Australia decided it would be a really good idea to stick a fork up his jap’s eye. I would have to disagree with him on that, but each to their own. What a fucking weirdo – just the thought of sticking a pronged piece of metal up there is making me feel physically sick. To be honest though, I’m actually a little impressed that he managed to get off on it. What a trooper.

What ever happened to good old 1950s style sexual dalliances, like writing poetry, eye gazing and holding hands? The world’s going down the shitter – one fork filled shaft at a time.

The guy casually presented himself at a hospital in the Australian capital, Canberra, with his blood drenched penis and proceeded to tell the doctors that he rammed the fork up there to achieve sexual gratification and needed it removed ASAP. I wonder at what point did he finally realise that he’d gone too far?

Even more impressive is the fact that this urethra explorer is 70. I guess you’ve really got to push the boat out to get your rocks off at that age; something to consider next time you’re round at you grandparent’s house for dinner. Where is granddad’s fork going later on?

The case was considered so unusual that it has won a coveted place in the International Journal of Surgery Case Reports. So it’s not all bad news for the victim – now he’ll go down in the annals of medical history as the anonymous 70-year-old man from Australia who got a fork stuck up his dick. I smell a TV spin off, probably followed by a film, probably starring Russell Crowe.

Have a look at this x-ray and see how far in he got it. Jesus wept, what’s that about? How do you even do that?

You can read a full report of the incident (which includes a very graphic NSFW picture of the fork actually being removed from the dick) right HERE if you would like to know more.

â˜› More From The Land Down Under: 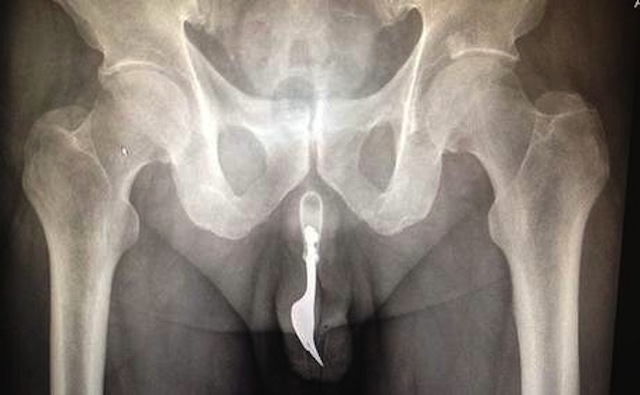