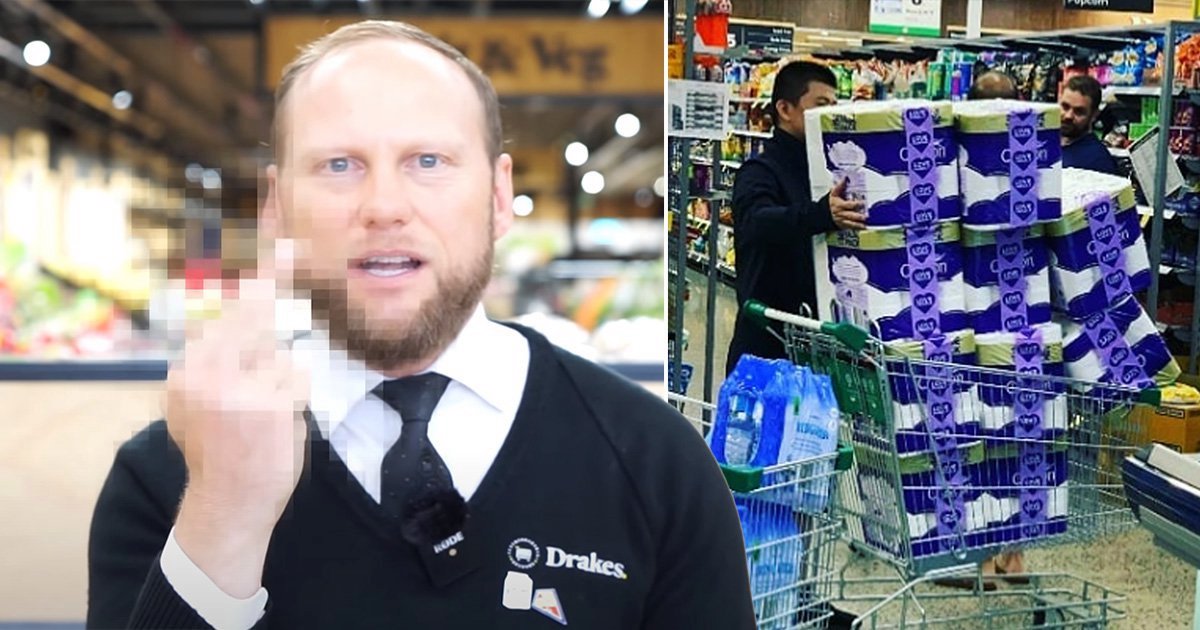 One of the worst parts about this whole Coronavirus lockdown debacle is how it’s really exposed how some members of the human race really don’t care about anyone else and are only looking to make a profit out of everyone else’s hardship and this is probably best illustrated by people hoarding toilet paper and trying to sell it at a massive markup.

This was probably most prominent in Australia but thanks to eBay it looks like a bunch of people who have tried to go down this avenue have been shut down and left massively out of pocket, forcing them to return back to their local supermarkets to try and sell their wares back to them. Thankfully, these shops aren’t having it though, at least according to this video/rallying call from John-Paul Drake, director at Drakes Supermarkets in Adelaide:

2020 – the year of toilet paper. The scenes that everyone has seen with the toilet paper have been absolutely ridiculous.

I had my first customer yesterday who said he wanted to get a refund on 150 packets of 32-pack toilet paper and 150 units of one-litre hand sanitiser.

I told him that – my middle finger’

That is the type of person who is causing the problem in the whole country.

I mean he’s not wrong is he? Dickheads like that had the potential to ruin everything for everyone, but it seems a bit counterproductive to not get some of the supplies off him if there’s still somewhat of a shortage of them all over the country.

I’m not 100% sure of the situation over there but I doubt that it’s 100% sorted everywhere – even if it is getting better – so it probably would make sense to grab some at a lower price to try and hand out right? Sounds like he was desperate to get rid of it and as long as he’s not making bank off it that would be a good idea don’t you think?

For more of the same, check out this woman who hoarded toilet paper only for her kid to throw them all in the bath. Ouch.