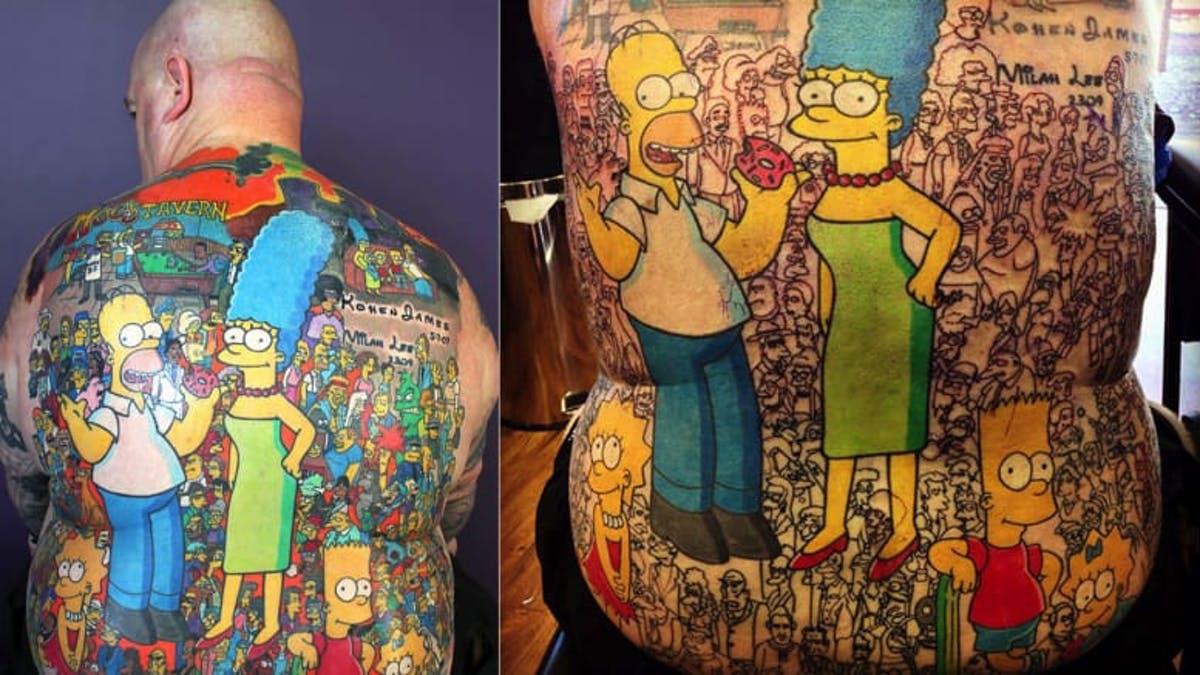 I don’t think I’ve ever met anyone who has always known what tattoos they want on their body, but Michael Baxter from Bacchus Marsh in Australia has always had a pretty clear idea: every single character ever from ‘The Simpsons’.

Luckily, Marsh was able to fulfil his dream – or at least get some way there – by getting 203 of them tattooed on his back by Jade Baxter Smith for the cool price of $9000. I thought it would be a lot more to be honest.

The back piece took 130 hours to complete, with each sessions lasting ten hours. Totally worth it though because Baxter is now the recipient of a Guinness World Record: ‘most tattoos of characters from a single animated series’. What an accolade.

Here’s what Baxter had to say about his new back piece:

Some people choose to hang their artwork on the wall, I chose to put mine on my body.

As we know, ‘The Simpsons’ has been around for 30 years, and I’m an avid fan of the show, and I thought ‘what better thing to have on your body than ‘The Simpsons’?’”

Here’s a video of his journey:

I suppose it’s nice that this guy has a Guinness World Record for his troubles and also has a great ambition to get every character who has ever been featured in ‘The Simpsons’ tattooed on his body. Surely he’s gonna run out of space considering how many people have been on the show in the past 30 years? I guess you gotta have hoop dreams though hey coach.

For more of ‘The Simpsons’, check out when they predicted Coronavirus back in a 1993 episode. Of course they did.