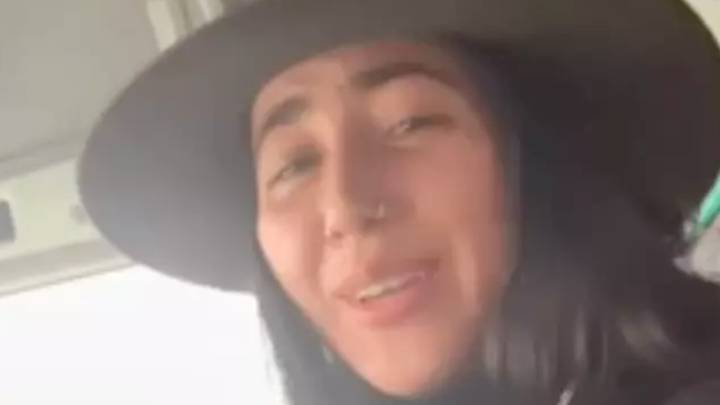 Not sure if you saw this video from last week where an Australian conspiracy theorist refused to give her name and reason for travelling at a border checkpoint in the quarantined city of Melbourne, but it quickly went viral as she was basically being a twat and ignoring the restrictions that had been placed on the region.

Her name was Eve Black and many people called for her to be arrested for so blatantly flouting the rules and it turns out that this is now exactly what has happened, with the Victoria Police issuing the following statement:

Upon being intercepted, she was asked to provide her name and address which she refused to do.

Police then directed her to produce her driver’s licence and explain her reason for travel, which she also refused to comply with.

This led to police arresting her. During the arrest, police were forced to break the woman’s car window as she refused to speak to them, wind down her window, or step out of the vehicle.

She will be charged with traffic offences, failing to produce her licence failing to provide her name and address and breaches of directives from the Chief Health Officer.

Police will continue to use the powers available to them under the Public Health and Wellbeing Act 2008 to ensure community safety.

Likewise, they will enforce any offences identified at the time or at a later stage.

I’ll be honest, I’m not normally one to follow the rules or back up cops, but I think you’ve kinda gotta dow hat they’re saying when you’re in the middle of a global pandemic. Even regardless of this, I think everyone knows that if you want a cop to get off your case then you just calmly do what they’re asking you to do and they’ll leave you alone fairly promptly.

Not really sure why Eve thought it was a good idea to film them in this video as they were just following orders to prevent the spread of a pandemic and she was clearly being aggravating and a annoying and it was obviously going to receive a backlash, but if there’s one thing that this pandemic has taught us, it’s that people are failing to read the room massively. Maybe everyone will have a clue by the time it’s all over?

For more of the same, check out these 5G conspiracy theorists staging a group hug outside London police HQ. Useful.