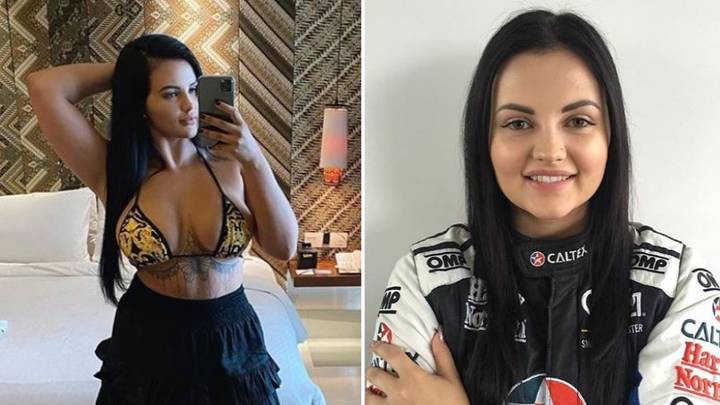 Former Australian V8 Supercars racer Renee Gracie has quit the industry after realising she can make a lot more money with a lot less effort by sharing provocative photos of herself on OnlyFans.

Gracie, 25, was Australia’s first-ever full-time female Supercars driver but turned her back on the sport after struggling to make a living. She says joining OnlyFans has been “the best thing I have done in my whole life”, which is understandable when you see how much money she’s making already.

Get a load of the stuff she shares on Instagram – imagine how much more NSFW she gets on OnlyFans:

On how easy it is raking in the cash on Only Fans, Renee says:

It’s easy as f*ck. I literally just bend over, take a picture of my bum, upload and people love it.

I don’t do it because I want to f*ck people and make more money.

I’m making enough money now doing what I’m doing. I don’t need to touch a stranger or do anything like that.

No amount of money would make me do that personally.

Bummer. She is right though. Bending over, taking a picture of your bum and uploading it to the internet does seem easy. It’s also very effective considering the money she’s been making.

The only downside I suppose is that she probably won’t be able to get back into supercar racing, but that’s a small price to pay. Making $1 million for taking photos of your butt Vs competitive supercar racing where you effectively risk your life every time? It’s a no-brainer. Also her best finish out of the 48 races she had in her career was 18th, so let’s not pretend like she was a female Lewis Hamilton in the making.

For a look at WWE legend Sunny’s OnlyFans account, click HERE. She’s making £250,000 a year and all.