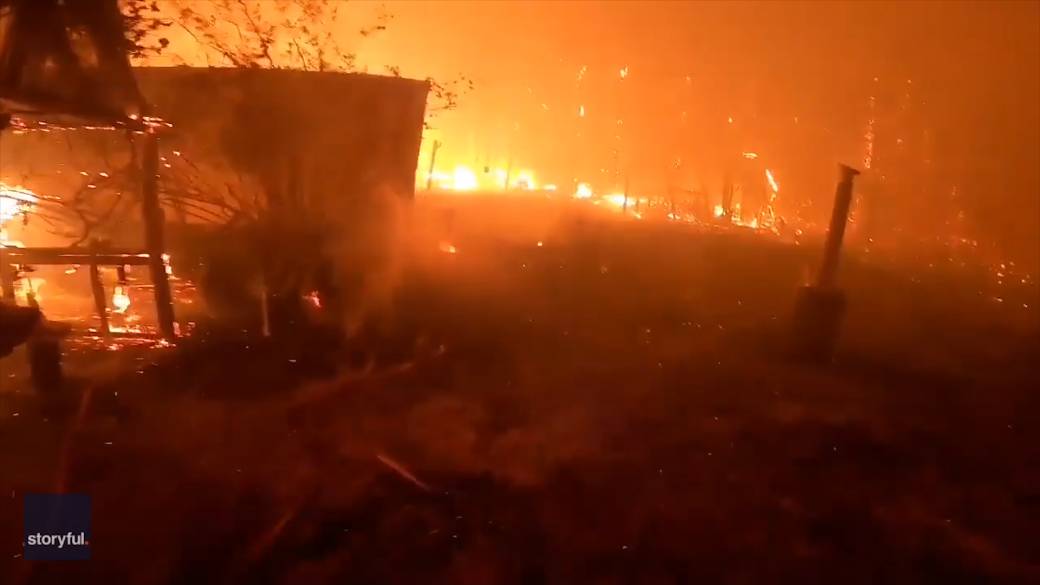 The Australian wildfires that have thus far killed over one BILLION animals as well as 24 people are still showing no signs of letting up, with over 200,000 homes destroyed also.

The small community of Goongerah, Victoria, was under emergency evacuation last week as the fires took hold of their town, and 19-year-old local India MacDonell was able to catch this footage on her GoPro:

Putting out a bushfire with your garden hose? Probably not the wisest move but you have to admire her bravery all the same. I can’t even imagine what it must feel like to be told to evacuate your home knowing full well it won’t be there when you get back. Not to mention having to watch your entire town/city turn into hell on Earth right before your eyes. Scary stuff.

Hopefully the Australian PM pulls his finger out and gets to work now that he’s back from his holiday, although no doubt the emergency services and volunteers are doing everything they can to help already.

Meanwhile over in England, Jeremy Clarkson had an unbelievable take on the whole situation. Probably best he stays away from any Aussies from now on.