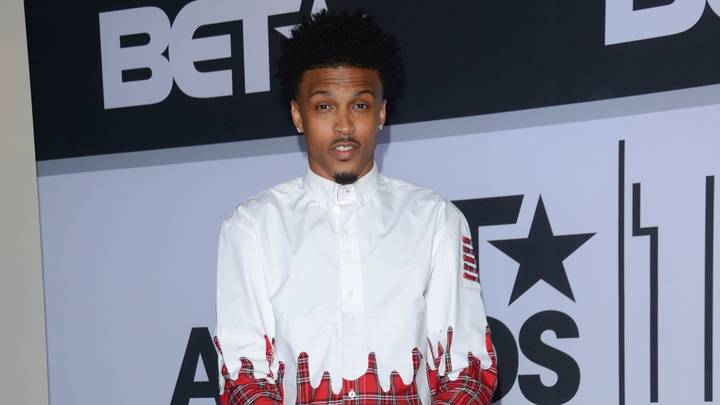 Big month for him.

I hadn’t even heard of August Alsina a couple of weeks ago and now here I am listening to one of his tracks, so even if his affair with Jada Pinkett Smith was tough on him mentally, you can’t argue that it hasn’t helped his career massively.

The track is called ‘Entanglements’ after the word that Jada Pinkett Smith chose to describe their relationship and if it wasn’t obvious that it was about that, then some of the lyrics make it even more so. Here’s the song – which also features Rick Ross – and a few of the best ones:

Jaded by her beauty, but her reputation real solid…
Caught up in the Matrix, and I doubt if I can get up out it…
Still I gotta get around, favourite artist was 2Pac.

I guess he only wrote this song in a week or whatever, but even so I wasn’t really that into it and probably won’t be checking out any of his other songs. It’s already had 3 millions plays on YouTube though, so hopefully his heartbreak means that he’s picked up a few new fans at least. Good luck to the guy.

For more of the same, check out what 50 Cent DMed to Will Smith when he found out about the affair. Cutting.