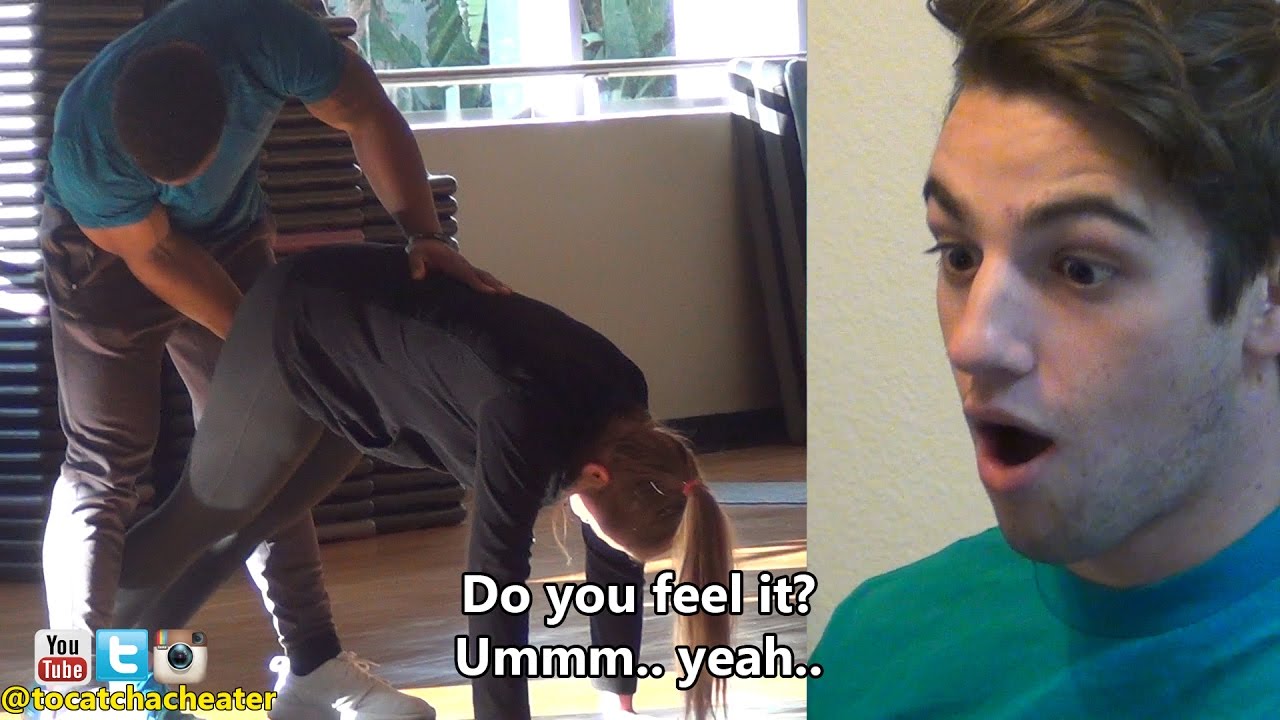 I don’t know about you, but I can’t get enough of these ‘To Catch A Cheater’ videos. If you haven’t seen them, the deal is that someone who suspects their partner is cheating asks these guys to help them out by setting up a bait and filming their partner. If they fall for the bait, they fail the test so to speak.

In the latest round, we’ve got a guy who suspects his girlfriend is not being faithful. The bait is a super hot guy acting as a trainer who pulls the move while stretching her at the end of the workout. Little does she know that there is a hidden camera filming her every move:

Well, she might’ve said she had a boyfriend at the end, but there’s no denying that she was down to fuck. I hope for this guy’s sake that he breaks up with her – if she’s going to give out her number after one sexy gym session then fuck knows what she’s up to with other guys.

To watch a successful ‘To Catch A Cheater’ story, click HERE.