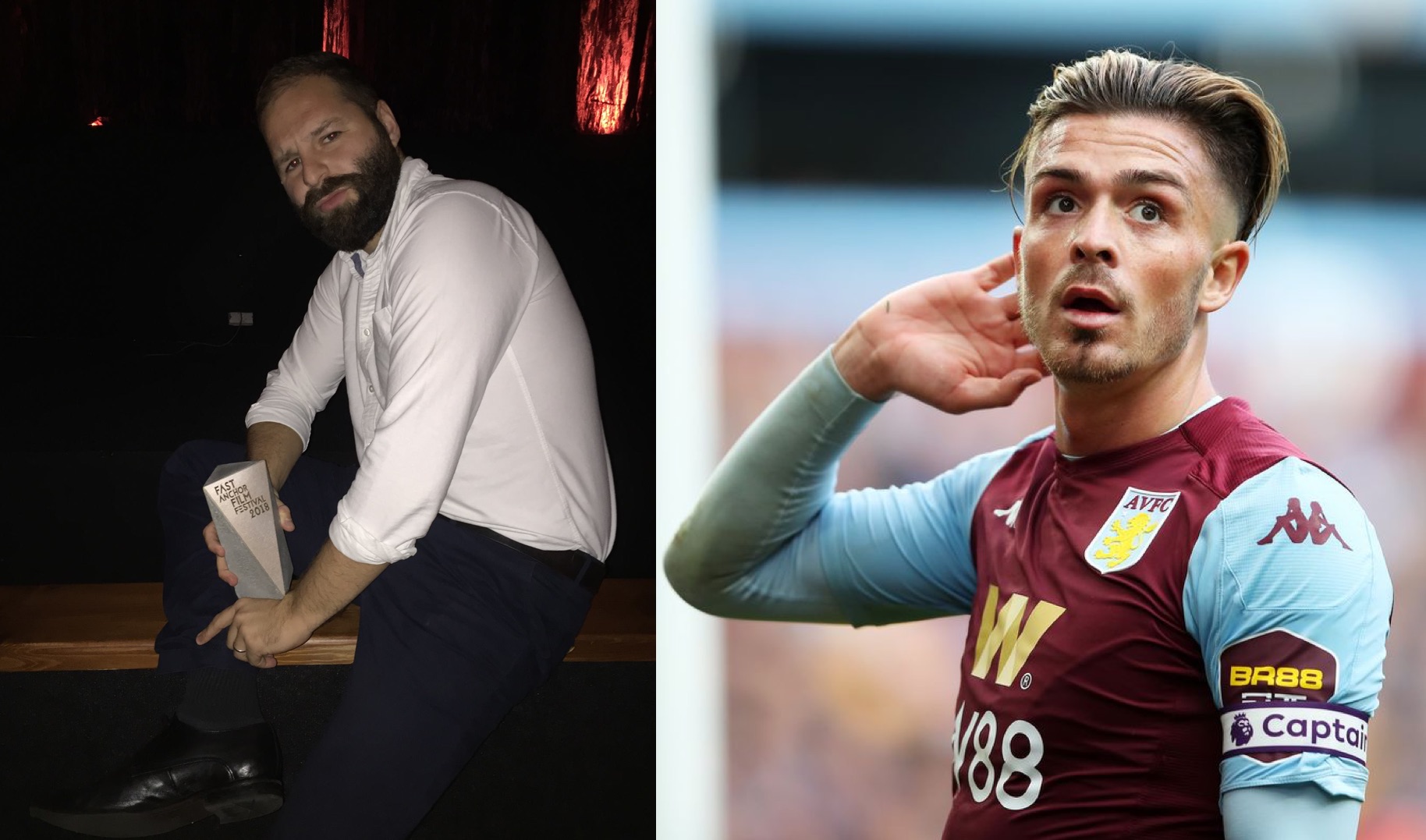 The English obsession with football is well documented and something I’m fully behind, but every now and then you do come across a story that’s so sad that you really do wonder just how pathetic the lives are of the people that are involved in it. Surely there has to be more than this?

31 year old Rob Condie is a self confessed Aston Villa fanatic and like most fans of the claret and blue, he’s particularly enamoured with their captain – and lifelong Villa fan – Jack Grealish, who by all accounts has been putting in some neat performances in the Premier League this season. Obviously this has seen him linked with a call up to the senior England squad, but this is yet to occur as manger Gareth Southgate seems to rate players like Rashford, Sancho and Hudson Odoi in the forward positions behind Harry Kane at the moment and perhaps fairly so given their own exploits.

However, this has clearly rankled the Villa faithful, with many of them taking to Twitter and other forums to sing the praises of Grealish and reign hell fire down on Southgate and repeatedly call him a knob. Rob has decided to take a different tactic though to try and get Grealish into the England Squad, recently beginning what he’s termed a ‘The Quiet Protest’: he’s sworn to write a limerick about Grealish on Twitter every single day until Southgate gives him the call up that he so richly deserves.

Here are some of his offerings, as well as Rob spelling out the reasons for the campaign:

Give him the call
There was a young coach named Southgate,
Ignored Grealish for two years straight,
Jack was banging them in,
Off his head, knee and shin,
Now England is not up for debate.@GarethSouthgate @JackGrealish1

Football’s coming home…
It’s Hendo, the Ox and Sir Jack,
A midfield three set to attack,
The strongest lineup,
To fight for the cup,
Now England is bringing it back@JackGrealish1 @GarethSouthgate

Grealish is the kind of player that England has been crying out for for years.

Someone who can thread the ball…..

You saw at the World Cup in 2018 that we couldn’t keep a hold of the ball in midfield and that’s basically why we lost to Croatia.

I honestly believe if Grealish had been playing, then we would have won that World Cup in Russia, and if Southgate gets his head out of his ass and picks him for the Euros, we’ll be bringing that home too.

Just look at his stats Southgate you mug – he’s got the most goals and assists out of any English midfielder this season and you can’t argue with them, you just can’t.

The idea for the limericks came from just a bit of banter with a mate really – I thought it was a great way to raise awareness for Grealish’s cause, whilst not reducing myself to the usual bile that you find on Twitter.

Hopefully they can do some good and get Jack to where he belongs: the starting lineup at Euro 2020 against Croatia, with Henderson and Oxlade Chamberlain beside him.

Monsieur Grealish…
With the touch, through balls, Marseille Rou,
Jack’s talent’s a match for Zizou,
But his head full of hair,
Makes Zidane stand and stare,
He’ll star at the next World Cup too!@JackGrealish1 @GarethSouthgate

Well, I’m not really sure if putting a Championship player up against Champions League and Ballon D’Or winner Luka Modric in the middle of the park would have yielded the result desired in a World Cup semifinal, but I suppose you kind of have to admire the blind adulation that this guy has for Grealish. It seems inevitable that he will eventually get an England call up at some point, so I suppose Rob’s ‘silent protest’ will one day be successful and it will probably be the best day of his life. You gotta believe in something I guess.

Whether or not Grealish’s inclusion will have any bearing on England’s chances at Euro 2020 is another question entirely though. Looking back at it that World Cup run was kinda flukey and I don’t know if we’ll be able to replicate that in the Euros, even with Grealish involved. Not sure what Rob’s thinking with the Ox and Hendo next to him either as well? Bizarre formation.

From one Captain to another…
Southgate captained the Claret and Blue,
Little got him his England debut,
Now Grealish leads Villa,
Style far from vanilla,
And all’s left is his England breakthrough@GarethSouthgate @JackGrealish1

A hero among heroes…
There’s been many club legends it’s true,
Paul McGrath, Dwight Yorke, John Carew,
But none shone like Jack
With the team on his back,
Villa’s colossus, titan and coup @GarethSouthgate @JackGrealish1

Never meet your heroes…
Southgate hugged me when I was a boy,
I was thrilled and my heart filled with joy,
Now it breaks my heart,
That Grealish won’t start,
Even though he’s the real McCoy @JackGrealish1 @GarethSouthgate

Despite the assumed success of Rob’s campaign, you gotta kinda think that maybe could have dedicated his life to something a bit more worthwhile? I guess it’s something to ‘help’ your favourite player achieve his dreams, but has Rob himself really achieved anything through it?

Maybe he’ll become a professional poet or something – some of those rhymes are pretty tight – but more probably everyone will just think he’s a sad loser and Jack Grealish might retweet him or something. Guessing he would probably be fairly ecstatic with that though. Aim high.

For more poetry, check out this 8th grader writing an incredibly wise poem. Way better than any of Rob’s sadly.