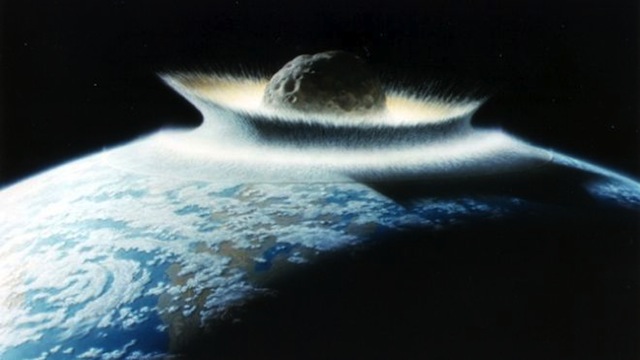 Astronomers from around the world have agreed that there’s a chance a massive asteroid could collide with Earth in 2032 and cause damage the equivalent of 25,000 megatons of TNT.

According to a group of Ukrainian astronomers, an enormous asteroid – actually, a small planet – could crash into Earth in 2032 and create an explosion 50 times bigger than the most powerful nuclear bomb – the equivalent of around 25,000 megatons of TNT.

The asteroid was first discovered last weekend by the Crimean Astrophysical Observatory in Ukraine, but several other astronomy groups have confirmed the finding including Spain, Italy, Russia and the UK.

So is this any different from all the other doomsday scenarios that come up every other week? Actually, yes.

The 2013 TV135 has been given a 1 out of 10 rating on the Torino Scale, which estimates asteroid impact hazards. Only one other asteroid currently has the same rating, with collision risks for all others being “effectively zero,” according to NASA’s Near Earth Object Program.

The asteroid is currently top of NASA’s Sentry Risk Table, which NASA describes as “a highly automated collision monitoring system that continually scans the most current asteroid catalog for possibilities of future impact with Earth over the next 100 years.” 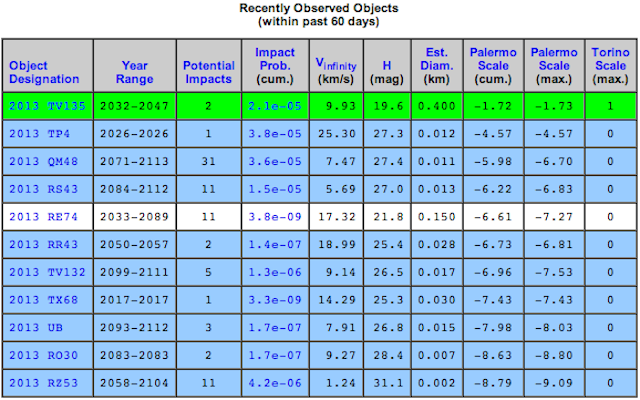 In reality, the threat is minor – but they’re still hoping that come 2028 they’ll have a better idea and will be able to rule out the chances of it happening completely. Until then – it could happen.

â˜› Read Next: Stephen Hawking Says We Have 1,000 Years Before Earth Is Uninhabitable