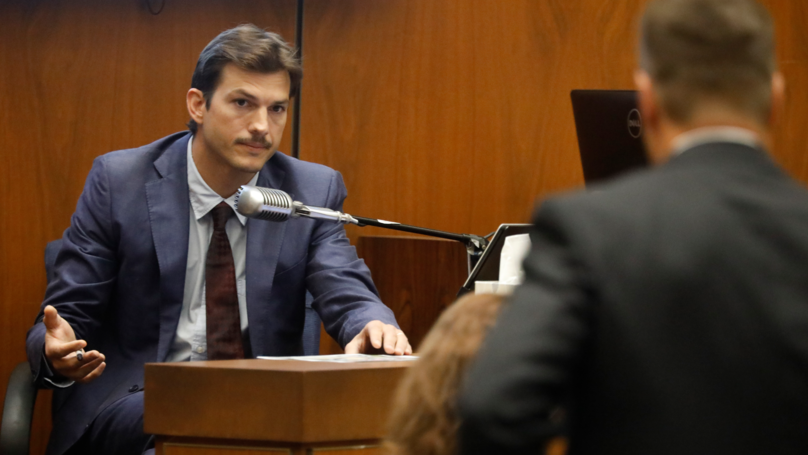 His date was killed when he went to pick her up.

It’s not often that you hear about a celebrity tied up in a murder case, but Ashton Kutcher himself just gave evidence in a murder trial in his native LA.

Kutcher himself isn’t a suspect in the death of design student Ashley Ellerin on 22 February 2001, but he is implicated as he was meant to pick her up for a date on the night of her death. He said the he just figured she had ditched him and gone out when he turned up at her apartment, but the truth was that she was lying there dead.

Kutcher described what happened that night: 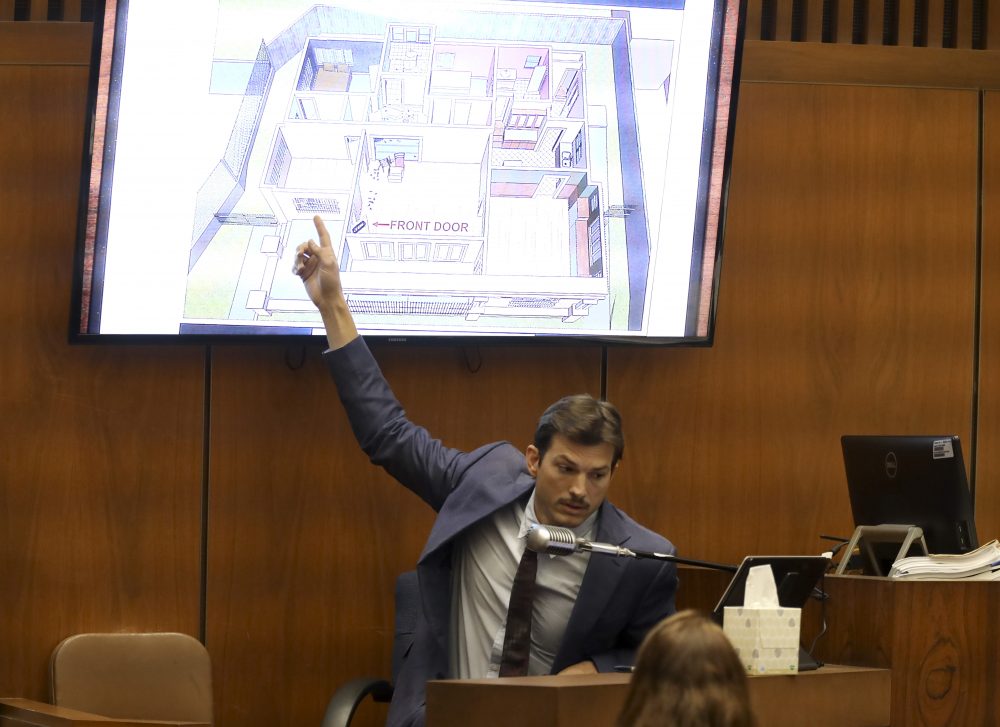 I knocked on the door. There was no answer. Knocked again. And once again, no answer.

At this point, I pretty well assumed she had left for the night, and that I was late, and she was upset.

I saw what I thought was a red wine spilt on the carpet through the door but it wasn’t alarming because I went to her house party (days before) and it was like a college party.

I didn’t think much about it

I remember the next day after I heard about what happened, I went to the detectives and said ‘my fingerprints are on the door’.

I was freaking out.

Yeah you probably would be freaking out if a girl you were about to take on a date ended up dead wouldn’t you? Can’t really blame him for that and to be honest I’m surprised more hasn’t been made of this in the media, considering what they’re like (ourselves included).

Turns out that the police never really considered Kutcher to be a suspect though and he was just testifying to give the jury a sense of the timeline of events. The alleged murderer is a man called Michael Gargiulo who has been dubbed ‘The Hollywood Ripper’ and stands accused of a number of murders. It’s thought that he stabbed Ellerin 47 times after she exited the shower, shortly after receiving a phone call from Kutcher. If found guilty he faces the death sentence.

For more murder trials, check out this dumb story about a guy with a neck tattoo wanting to remove it before his murder trial. Any guesses why?