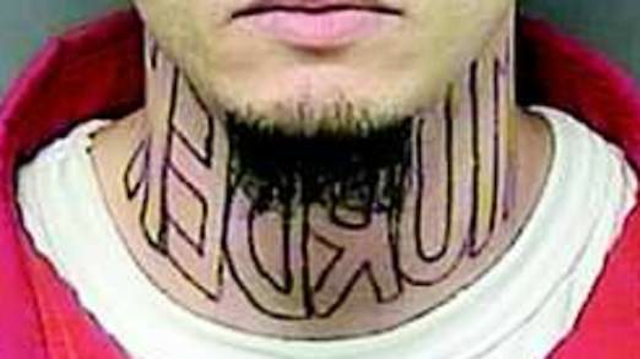 To be fair the guy kind of has a point.

Jeffrey Chapman is due to go on trial for the 2011 murder of Damon Galliart this coming Monday over in Barton County in Kansas, but he’s worried that his tattoo might affect the jury’s perception of him. The tattoo spells out MURDER backwards across his neck, so the guy kind of has a point because a tattoo like that doesn’t exactly scream ‘law abiding citizen’ when you’re on trial for murder.

Unfortunately for Jeffrey, it doesn’t look as though he’s going to be able to get it removed in time for the trial. It probably would have helped to have the idea to get rid of it more than a week before the start of the trial but in any case it looks like he won’t be able to get his wish as the Barton County sheriff says that they can’t transport Chapman from prison to a tattoo artist for the safe removal of the tattoo. Kansas state law prohibits tattoo artists from working anywhere other than a licensed facility. Bummer – good luck in that trial then dude.

On the plus side for Jeffrey the prosecution isn’t against him getting the tattoo removed, so perhaps they will ask the jury to disregard the tattoo when coming to decide upon his guilt in this case. Unfortunately it’s unlikely that anyone would be able to disregard a huge tattoo that says MURDER in massive letters on your neck whatever you were doing, so I doubt it’s going to work. At least when he’s serving life in prison it’ll probably intimidate the other inmates. 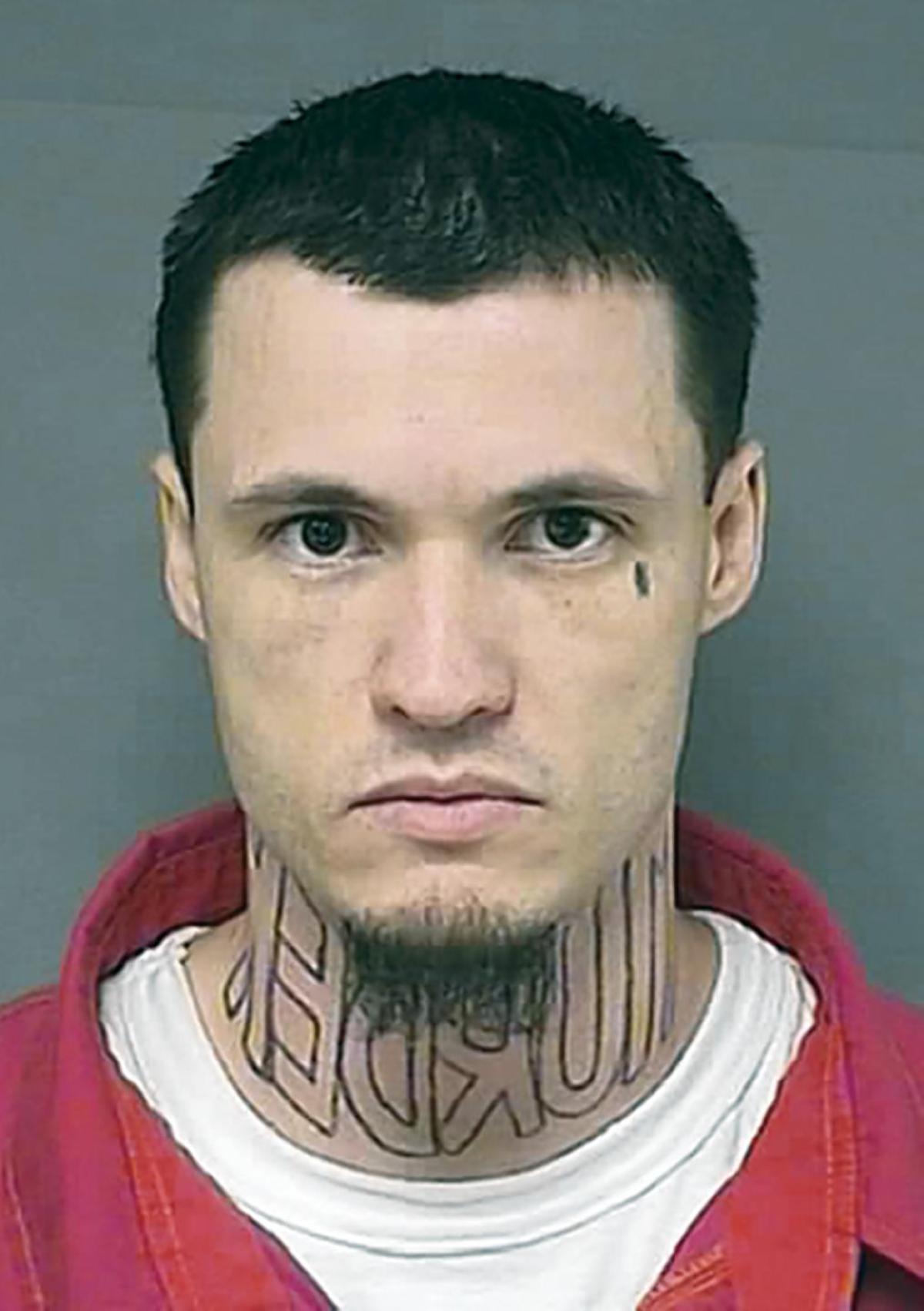