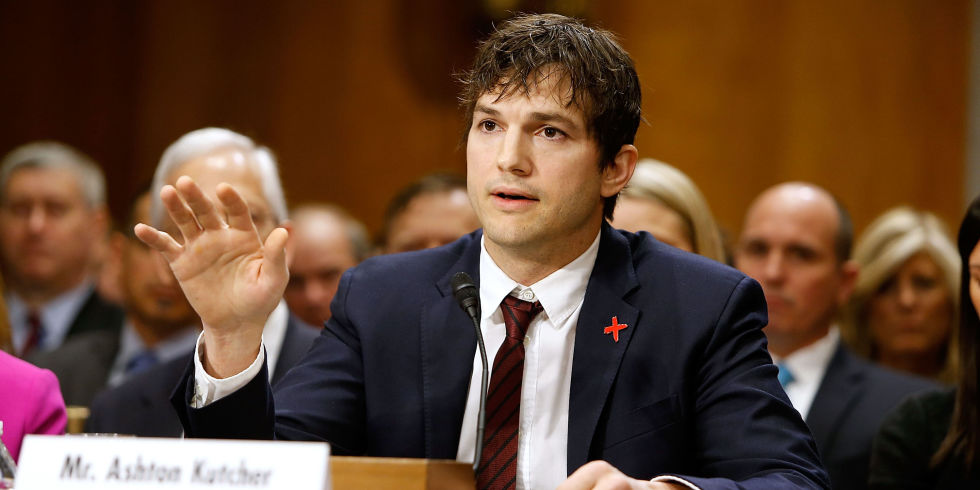 It’s a far cry from the loud-mouthed days of Punk’d.

What do you think of when you hear the name Ashton Kutcher? For me I just think back to his annoying days presenting MTV’s ‘Punk’d’. Chairman and Co-Founder of international anti-human trafficking organisation, Thorn, and vociferous advocate for the dissolution of modern day slavery doesn’t necessarily spring straight to mind.

But fighting child sexual exploitation is indeed Kutcher’s day job. A job that is neither a vanity project nor a useless solution to the cause and which recently even led him to appear before congress.

On Wednesday of last week, Kutcher delivered an emotional speech to Senate about the reality of human trafficking and the failures of both the department of homeland security and the social service system in America. He appealed to senate to defend the right of victims to “pursue happiness”.

Kutcher described how Thorn battles the insidious underground of the dark web, fighting digital crime with digital tools. One such tool, Spotlight, identifies victims of trafficking and improves the efficacy of investigation into dark web material. In just six months, Thorn identified over 6000 trafficking victims, 2000 of which were minors.

During his speech, Kutcher made chilling remarks about the child abuse he had witnessed through his work with Thorn. Describing one scene during an FBI raid as something “no person should ever see”.

Kutcher advocated greater support for victims who, once found, often fall though the cracks of the social care system and back into the arms of traffickers. He also made a strong case for aiding the refugee crisis, a group extremely vulnerable to the sex trafficking industry.

Inspirational. So if you remember Kutcher for acting then look a little closer. His mark on this world is far greater than that.