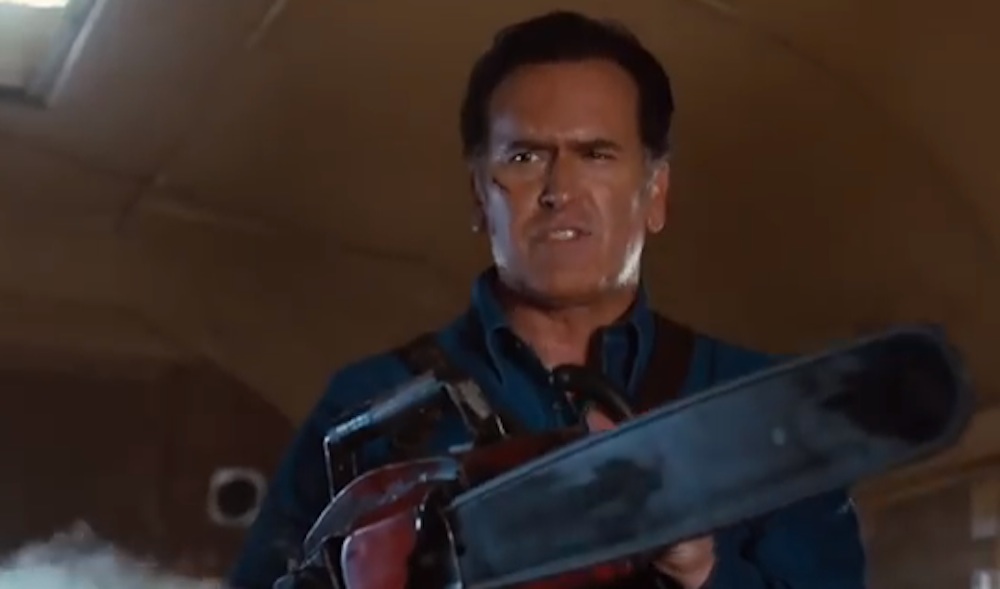 Hail to the King baby.

We’ve been pretty excited about the Ash Vs Evil Dead TV show ever since it was announced and revealed that Bruce Campbell would be back playing the titular character again.

We’re even more excited about it now since this trailer dropped because it looks like it’s firmly following the tradition of the movies and is going to be absolutely insane and completely bonkers. You see Ash doing crazy things like starting a chainsaw with his teeth, talking in crazy metaphors to try and make a point and generally just creating a humongous mess with all the killing he’s got to do.

Basically, this is probably going to be the best TV show of the year – I mean it looks way better than MTV’s Scream TV show that dropped a couple of weeks ago. We can’t wait.