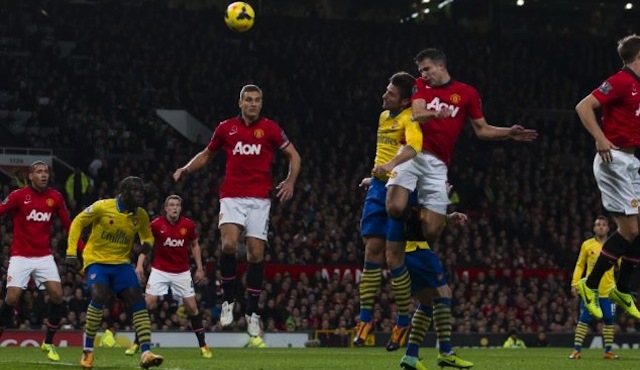 An Arsenal fan in Africa has lost his house after betting his mate that the Gooners would beat Manchester United last Sunday.

An Arsenal fan from Uganda named Henry Dhabasani lost his two-bedroom house after betting with his friend (a Manchester United fan) that the in-form Arsenal would beat David Moyes’ side on the weekend at Old Trafford.

As we know this wasn’t the case, owing to Robin Van Persie putting one past his former teammates and ending the game 1-0 in Utd’s favour.

Henry Dhabasani must have been feeling optimistic after Arsenal’s recent run of victories. He fainted after the final whistle as he realised he now had to hand over the keys to his home to Rashid Yiga, who was just as crazy and confident (or possibly just sneaky) to put his wife and car — a new Toyota Premio – at stake.

Witnesses had watched the two put their bet in writing before kickoff and ensured Dhabasani kept true to his word. He was kicked out of the property the following day and now has to find a new home for his three wives and five children.

The rest of us will never screw over losing a £5 wager ever again.

â˜› Up Next: Top 5 Most Ridiculous Red Cards In Football, Ever