Things could get complicated if either of the couples ever decide to tie the knot.

You’ve probably heard the news that Patrick Schwarzenegger is dating Miley Cyrus and Arnie isn’t too happy about it, threatening to take Patrick’s trust fund away unless he stops dating her, but you definitely haven’t heard that Arnie’s problems might have got significantly worse as Miley’s brother Braison is now also dating Arnie’s daughter Christina. Seems like those Cyruses have got a thing for the Schwarzeneggers eh?

The two are said to have been together since December, starting to hook up roughly a month after Miley and Patrick started fooling around. Presumably they were introduced by the pair and now they spend loads of time going on double dates at their private bowling alleys and places they’ve used their millions to rent out, like Disney World. Here’s the only known picture of them, where Braison looks really baked: 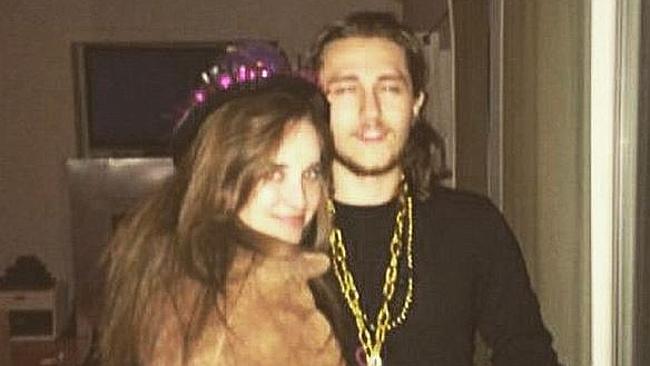 It might get confusing if the two couples stay together for a long time and end up getting married though, as technically they would Braison would end up being Miley’s brother and brother in law and Christina would end up being Patrick’s sister and Patrick’s sister in law. Confusing, but as it’s Hollywood it’s unlikely that either relationship is going to make it until the summer, let alone marriage.