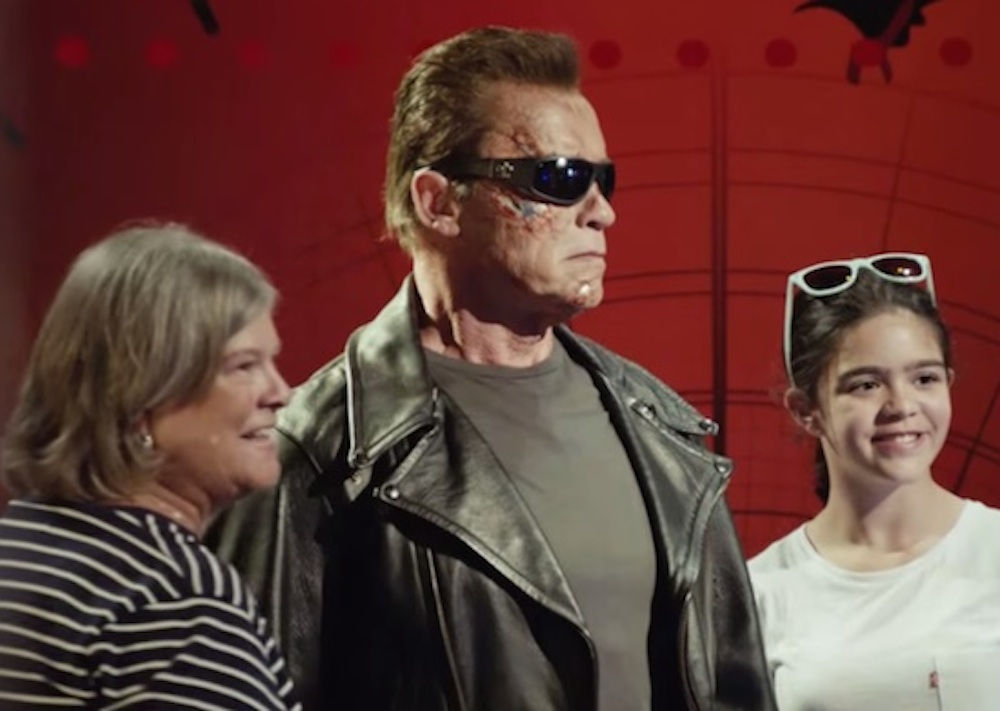 He’s absolutely killing it at the moment.

Fresh from killing it yesterday by riding a Boris Bike around London, Arnold Schwarzenegger has pulled out another excellent marketing stunt to promote the new Terminator movie by pretending to be a wax model of himself and pranking unsuspecting fans who are standing next to him for photographs. As you can imagine, he scared the absolute crap out of them.

He also walked around LA as the Terminator going up to people and saying a few of his lines which is great to see because who wouldn’t like running into The Terminator? The prank was also in aid of After School All Stars so helped promote a good cause too which is pretty much all you can really ask for with a promo video isn’t it? Absolutely nailed it.

Can Arnie kill it any harder at the moment? I guess we’ll have to wait and see if Terminator: Genisys isn’t as gash as it looks like it will be.