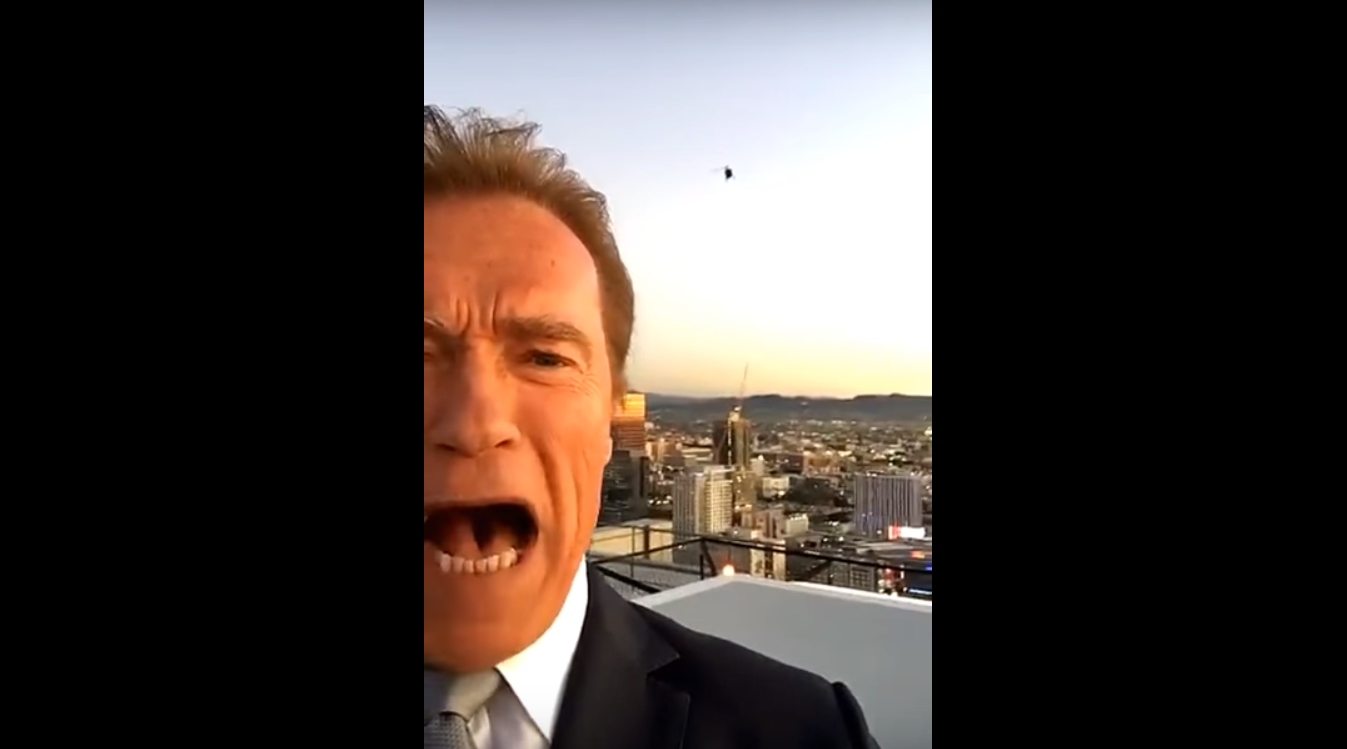 Arnold Schwarzenegger has done an absolute classic Snapchat by dropping one of his best one-liners of all time.

Would you like to hazard a guess? Let me give you a clue — what is the one thing Arnold is going to say when he sees a helicopter fly past? You should be able to figure it out from that.

Yes, while showing off the beautiful view of Los Angeles he spotted the flying vehicle and took his chance — and can we just say, it is executed perfectly.

Lovely stuff. Fans are inevitably going mad for the video and it has already racked up over 6 million views on the Lad Bible Facebook page. The YouTube user who posted it has dubbed the video ‘The single greatest Snapchat of all time.’

It might just be — I think more actors should regenerate their famous lines via the form of Snapchat. A couple that would be good — Jack Nicholson ‘Here’s Johhny’ and Anthony Hopkins ‘I ate his liver’.

For more Arnie style antics, check out last year when he was bombing around London on a Boris bike.