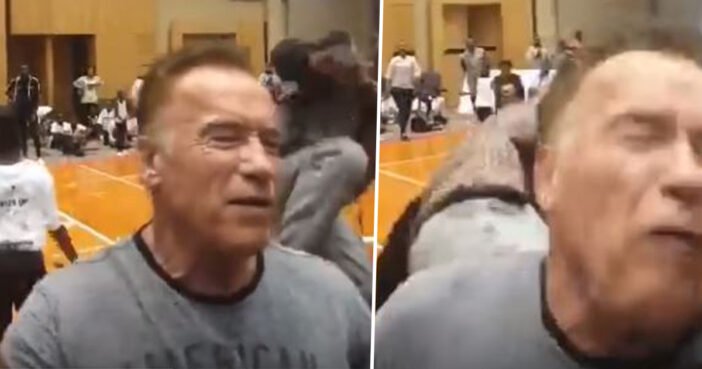 Arnold Schwarzenegger attacked at an event in South Africa.

Arnold Schwarzenegger has been attacked in South Africa as he met with fans at the annual Arnold Sports Festival.

The 71-year-old was taking pictures with fans when a man rushes behind him and dropkicks him in the back:

Longer video of the incident:

Did this fool really think he was going to take out the Terminator with one dropkick? Arnie didn’t even fall in fact, he just stumbled a little bit as his minders grappled the attacker to the floor.

He later Tweeted to confirm he was OK: 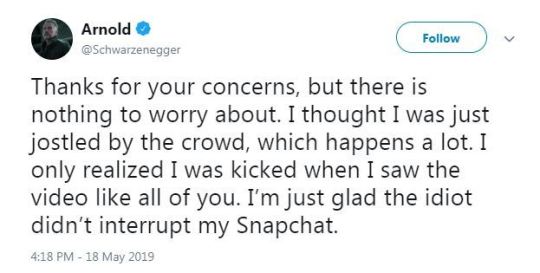 No idea what was going through this lunatic’s head but maybe we’ll find out. Hopefully there’s a better explanation than the idiot that attacked Bret Hart during his Hall of Fame speech.