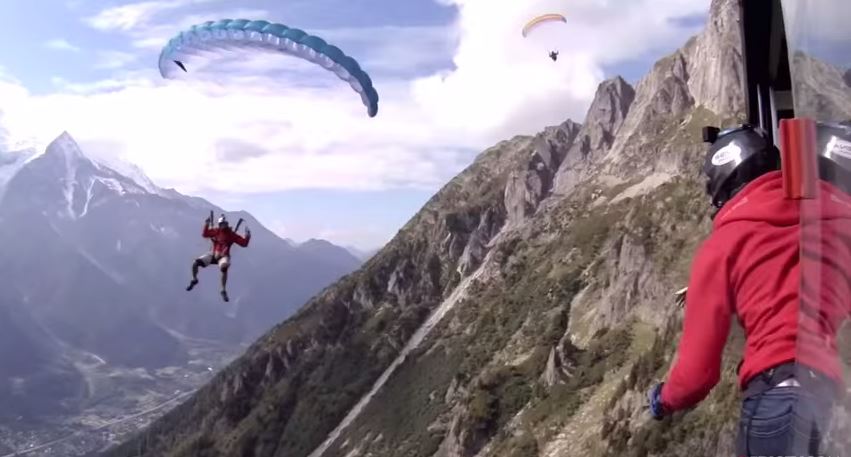 43-year-old daredevil Arnaud Longobardi challenged himself to parachute off the Alps and guide himself through the doors of a moving cable car while at super speed. Incredibly, he managed to pull it off:

The fact he nearly went flying back out of the doors and smashing into the rock face below just makes it better IMO. Just that extra element of danger his stunt needed to really make this an A+ video. Respect to Arnaud – I’d probably break my spine attempting something like this now let alone at 43.

Crazy – though perhaps not as crazy as intentionally setting fire to your parachute mid-jump.