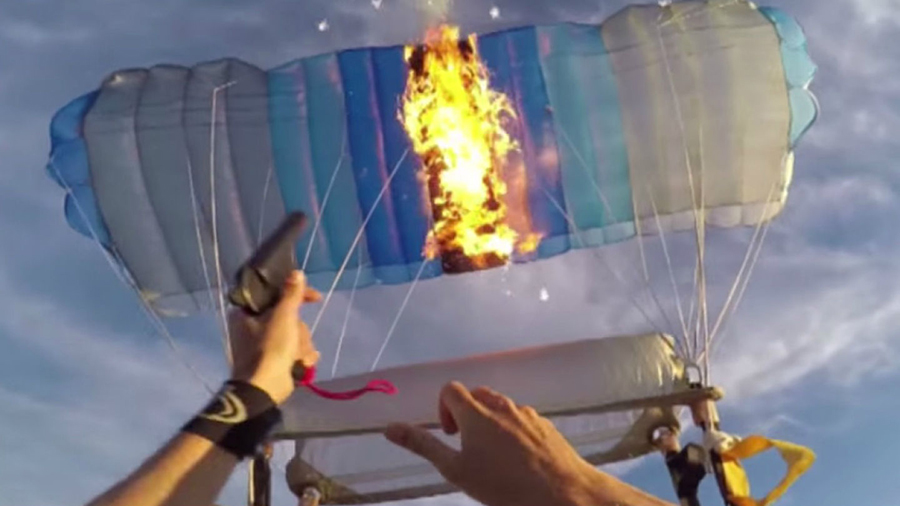 For most people jumping out of a plane and falling to Earth at super high speeds is thrilling enough, but not for Alex Aimard and Petter Jonsson from Sweden who doused their parachutes in petrol then shot them with flare guns in mid-air.

I was so focused on my task that I didn’t have time to be scared or think about what could have gone wrong.

Nutters — I guess the next step is skydiving without a parachute altogether? Having an MMA fight mid-skydive?