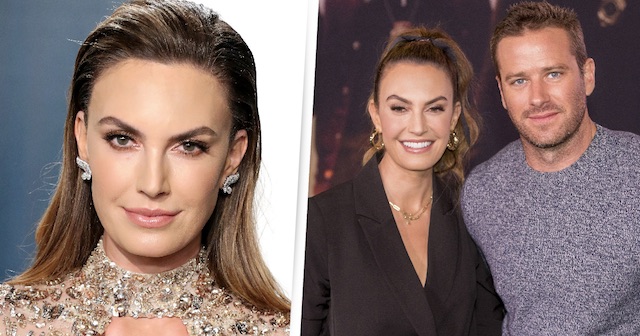 I had kinda forgotten about Armie Hammer’s weird cannibal DMs after all the stuff about Marilyn Manson came out yesterday, but thankfully his ex wife Elizabeth Chambers has finally decided to break her silence and weigh in with her opinion on the matter to bring him back into the spotlight.

Chambers is an American television personality who has a couple of children with Hammer and was married to him in 2010 before splitting up in July of last year. Here’s what she said about the situation via Instagram:

Doesn’t sound too positive there for Hammer does it, as it doesn’t sound like she’s supporting him in the slightest or even believes him about anything he’s saying? Although Hammer did say he had flown over to the Caribbean to be with his children during this period, so maybe Chambers is being a bit more sympathetic than she’s saying here?

Reading between the lines though it kinda sounds like she’s through with Hammer and his depraved sexual behaviour. Sure that there’s more to all this though.

For more of the same, check out some of the awful stuff that Hammer was DMing to girls. Rough.