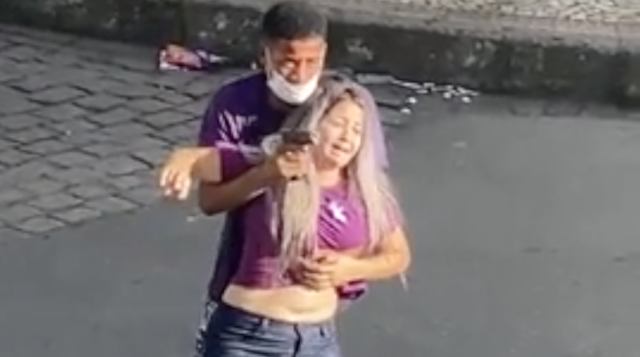 We’re in Brazil for this one where an armed robber took a store employee hostage and was promptly dealt with by police who handled the situation to perfection.

What a result. Imagine being on the floor bleeding to death and an entire audience of people are clapping in approval? Lol – pretty awful although thoroughly deserved in this case. Nice to see so many people ready to take a stray bullet in order to catch it on video too.

Also is it just me or was that lady way too concerned about her belly fat showing for someone who’s in a hostage situation? Um hello you’re moments away from being brutally executed by an armed lunatic – now’s not the time to be looking Instagram-ready. Although if your final moments on Earth are being caught on video, maybe it’s somewhat understandable.

For amazing footage of a police sniper taking out an armed father who took his baby hostage, click HERE. Nicely done.